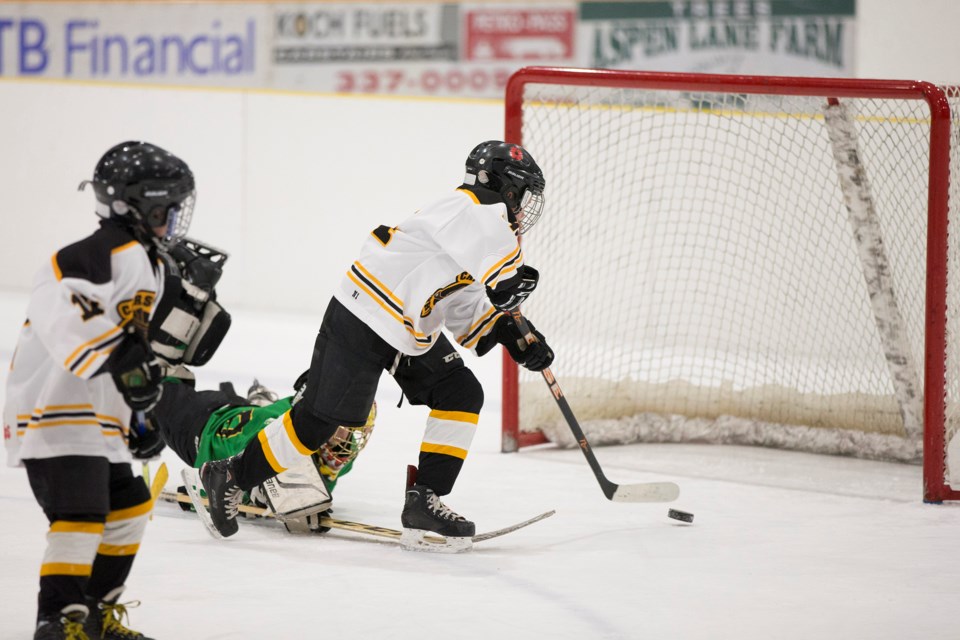 The ice has been taken out of Carstairs Memorial Arena, leaving Carstairs Minor Hockey Association with no home ice after the province announced on the weekend that team sport practices could restart. File photo/MVP Staff

CARSTAIRS - Carstairs Minor Hockey Association (CMHA) members are not happy with the timing of the provincial government’s decision to allow hockey practices to resume during the pandemic, says president Richard Herbert.

On Feb. 6 the province announced that although games could not resume, practices could start up again.

Unfortunately for Carstairs teams, the decision was made on Feb. 4 to pull the ice out of the Carstairs Memorial Complex.

“We are disappointed with the provincial government for doing what they did,” said Herbert. “There was no consultation at all with any of these small minor hockey associations to ask them what they would do.

On Feb. 6 the province announced that lessons, practices and conditioning activities could resume for indoor team-team-based minor sports/activities and school athletics.

“The season is cancelled,” he said. “Basically it's because the town was forced to make the decision to pull the ice out of the arena because it costs so much to keep the ice in there and if nobody is using it they have no source of revenue for it.

“So they (town) come to the decision that it is costing them so much a month to run the arena and they decided to pull the ice out, and that forced us at Carstairs Minor Hockey to cancel the season because we have nowhere to play.”

The town consulted CMHA before pulling out the ice, he said.

“We’ve been in good conversation with them,” he said. “When the provincial government announced their new plan last week that there would be no indoor youth sports until March 1 at earliest, the town made the decision then that they couldn’t sit around for another month.”

CMHA was not the only association impacted by the timing of the government’s reopening for practices announcement, he said.

“Lots of small minor hockey associations in Alberta got caught with the same thing,” he said. “If a lot of these towns that pulled the ice out had known that the announcement was going to come on Saturday morning as it did, they wouldn’t have pulled the ice out.”

The Didsbury arena remains open for bookings for practices, Nicole Aasen, manager of community services with the Town of Didsbury said Monday.

The ice at the Cremona arena has also been removed.