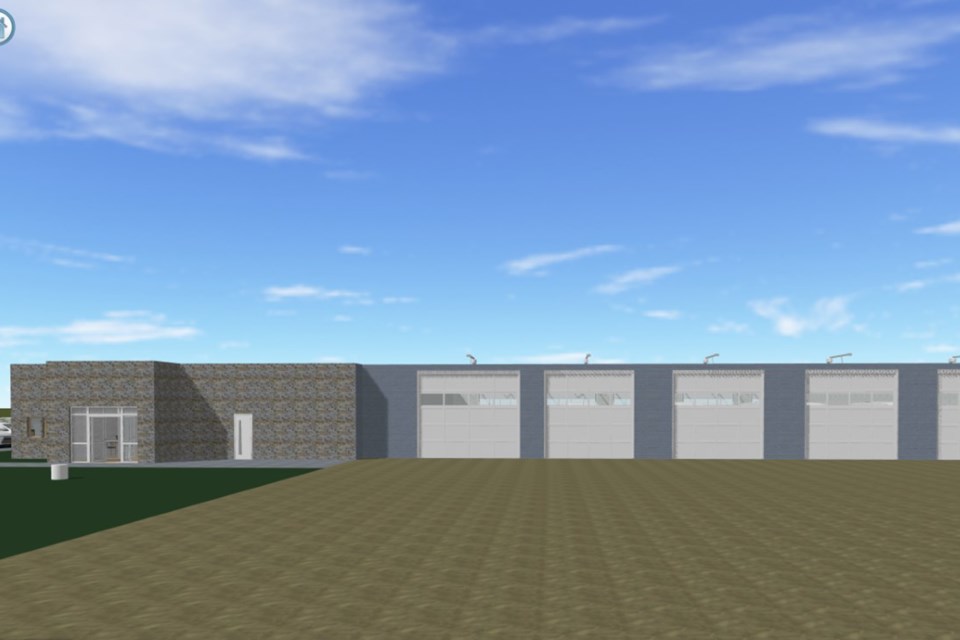 A drawing of the planned new Carstairs firehall. Image courtesy of Town of Carstairs

CARSTAIRS - Town council has passed a motion authorizing administration to enter into an agreement with a contractor to construct the new $4 million Carstairs and Mountain View County fire hall.

Eagle Builders LP has been awarded the contract based on a tender of $4,088,627. Three other contractors were in the final consideration: Scott Builders ($4.1 million), Shunda ($4.3 million) and Stuart Olsen ($4.1 million).

The new hall will be located on Mandalay Boulevard, on the town’s east side. The motion was passed at the June 14 council meeting.

Mountain View County council passed a motion during a recent council meeting approving a $2 million contribution toward the new fire hall project. Carstairs council recently approved the borrowing of $1.6 million toward the project.

Carl McDonnell is the Town of Carstairs chief administrative officer.

“Our next step will be to meet with Eagle Builders and go through the proposal that they have submitted and develop a contract based on the submission,” McDonnell told the Albertan.

Construction is expected to start around late September, he said, noting that Eagle Builders LP is based in Blackfalds.