Fallen honoured in Carstairs despite COVID 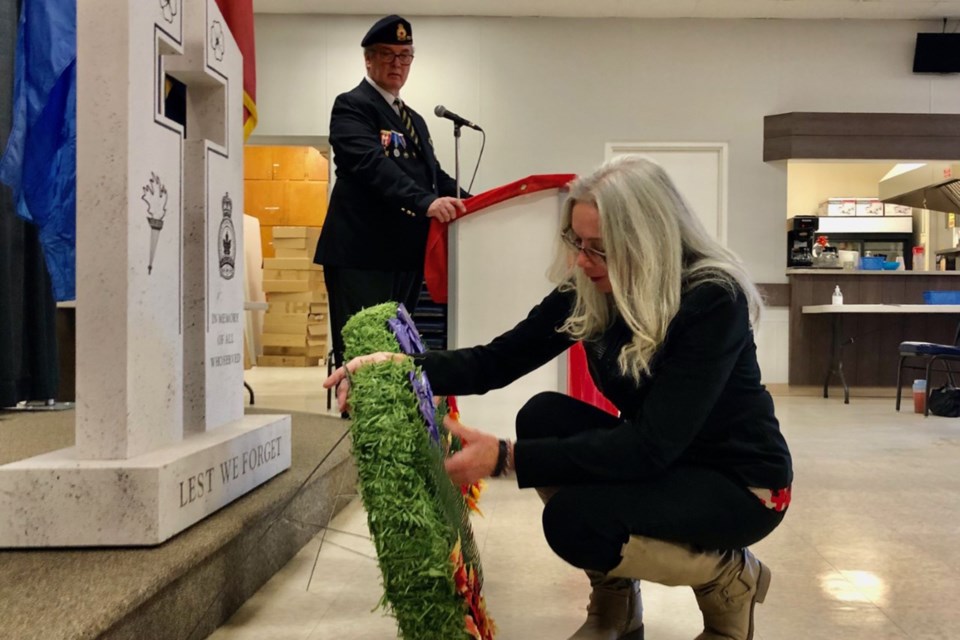 The Carstairs Royal Canadian Legion held its Remembrance Day ceremony with 15 people in attendance, the maximum allowed under current COVID rules for the community, at the legion hall Wednesday morning.

“Over the last few years we’ve had three or four hundred people attending our Remembrance Day service,” said Ratz. “So how do we fill that need in 2020? We did the ceremony as it has always been done. We are honouring those same people as we have honoured them for years. Honouring those who sacrificed is always the key and that’s way we’ve done.”

The 45-minute ceremony was live-streamed on the Carstairs Royal Canadian Legion Facebook page. The 15 people in attendance at the hall included Town of Carstairs Mayor Lance Colby, and members of the legion and ladies auxiliary.

Legion pastor Jeff Betker called on residents to remember the sacrifice made by Canada’s fallen soldiers and other military veterans.

“Let the memory of their devotion ever be an example to us,” said Betker.

Wreath of remembrance were placed at the cenotaph set up in the hall.

Among those placing wreaths was Susan Curnow, a Silver Cross Mother. Her son, Richard Curnow, grew up in Carstairs and was a Canadian solider who served two tours of duty in Afghanistan. He died in 2011.

The complete Remembrance Day ceremony can be viewed on the branch’s Facebook page.