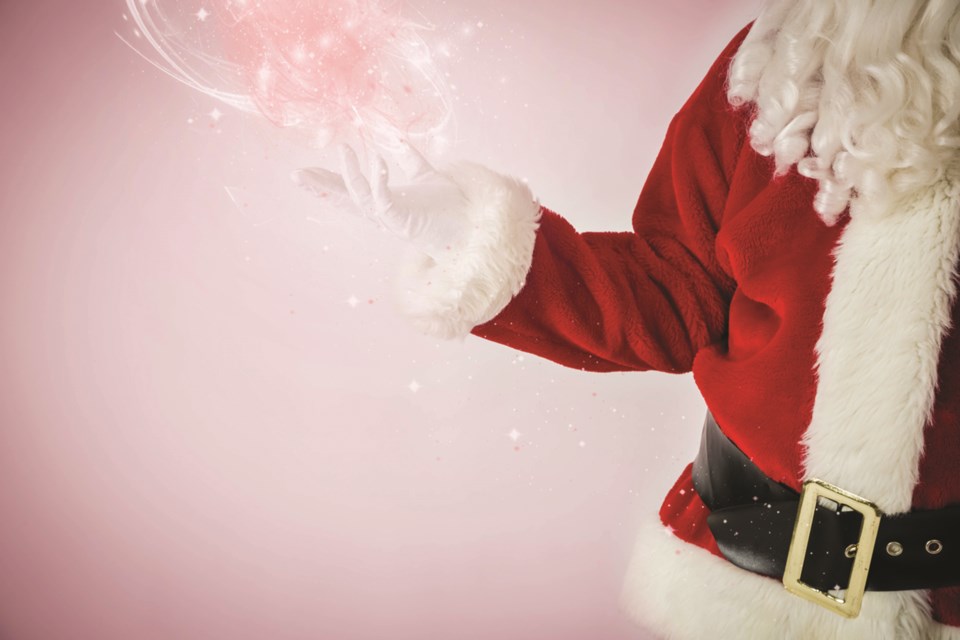 The appearance of Mr. and Mrs. Claus will take place at the Carstairs Community Golf Club, with social distancing measures in place, on Dec. 11, instead of the originally planned Dec. 5 date. Metro image

CARSTAIRS - The Carstairs and District Chamber of Commerce has been forced by new provincial COVID-19 prevention measures to scale back this year’s Crazy Carstairs Christmas, although a few activities are still going ahead.

The virtual bingo program, which sees participants fill out bingo cards at area businesses, is going ahead from Dec. 3 to 6.

There will be three grand prize winners: 200, 150, and 100 in Carstairs moolah dollars, which can be spent a local participating businesses.

The best decorated business contest is also going ahead.

“We are encouraging business to decorate and we will have people vote on it,” said Rob Andrews, chamber treasurer, who works at Bank of Montreal as an agriculture account manager.

The appearance of Mr. and Mrs. Claus will take place at the golf course, with social distancing measures in place, on Dec. 11, instead of the originally planned Dec. 5 date.

“All net proceeds will be going to the Lions Christmas hamper program,” he said.

However, the fireworks and parade are not going forward due to the new measures.

“We originally had the sign off from AHS to do everything but then when the new regulations came out last week, we were told that we were not going to be able to proceed,” he said.

Shopping local is more important than ever this year, he said.

“Being a commuter town we know a lot of people go out of town to shop, but we had a lot to offer in Carstairs,” he said.

Chamber officials hope to have everything a go for Crazy Carstairs Christmas 2021, he said.

In other COVID news, the Town of Carstairs has closed the arena, the curling rink and the community hall have been closed, but the museum and library remain open under conditions.

The Didsbury arena remains closed due to renovations, and the municipality is otherwise following provincial rules, said CAO Ethan Gorner.