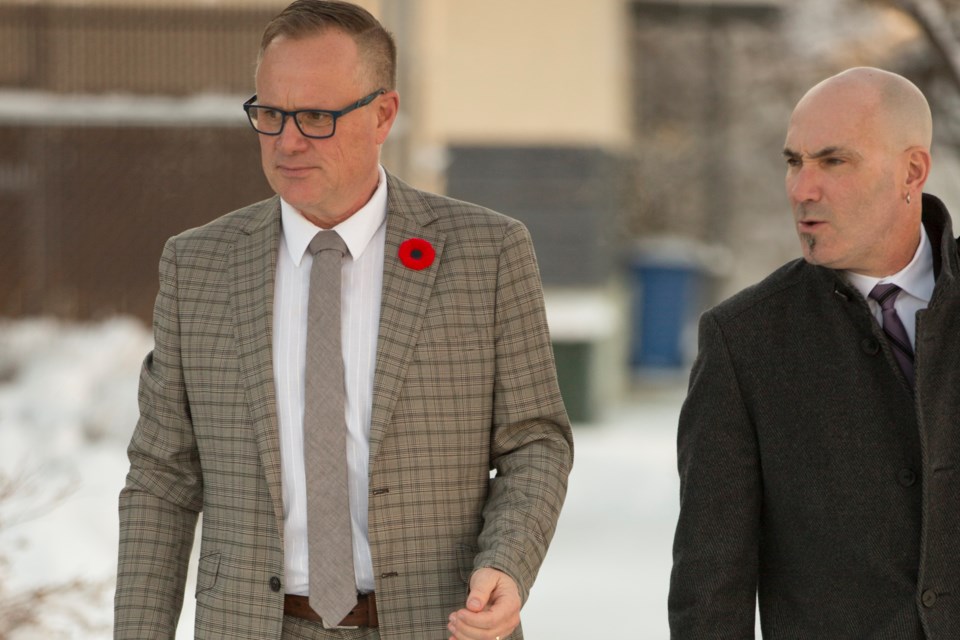 CARSTAIRS - A longtime Carstairs teacher charged for allegedly sexually assaulting a female student in 2017 has been found not guilty.

Henry Paulgaard faced counts of sexual contact with a minor and sexual assault. His one-day trial was held in November before Judge John D. Holmes, with Vince Pingitore serving as Crown prosecutor and Steve Eichler as defence counsel.

The alleged offences occurred at Hugh Sutherland School in November or December 2017. Paulgaard was charged in March 2019.

The complainant, who cannot be identified, was 15-years-old at the time of the alleged offences.

The girl testified that she working on an assignment in class when the accused approached her from behind and wrapped his arms around her.

“It was very abrupt and out of the blue,” she said. “I felt his erection against my mid-buttocks area. He kept repeating that he was just trying to help.”

Testifying in his own defence, Paulgaard said he did not assault the girl.

“I deny all of these (allegations),” said Paulgaard. “I deny having an erection anywhere around (the girl). I deny having any contact with her. I would never do that. I just didn’t do it.”

Judge Holmes delivered his not guilty verdict on both charges on July 27 after several earlier court appearance dates were set aside due to the COVID pandemic.

Paulgaard was suspended from his teaching position after the charges were laid in March 2019.

Rezoning approved in Carstairs' Mandalay Estate subdivision
Sep 7, 2020 5:00 PM
Comments
We welcome your feedback and encourage you to share your thoughts. We ask that you be respectful of others and their points of view, refrain from personal attacks and stay on topic. To learn about our commenting policies and how we moderate, please read our Community Guidelines.