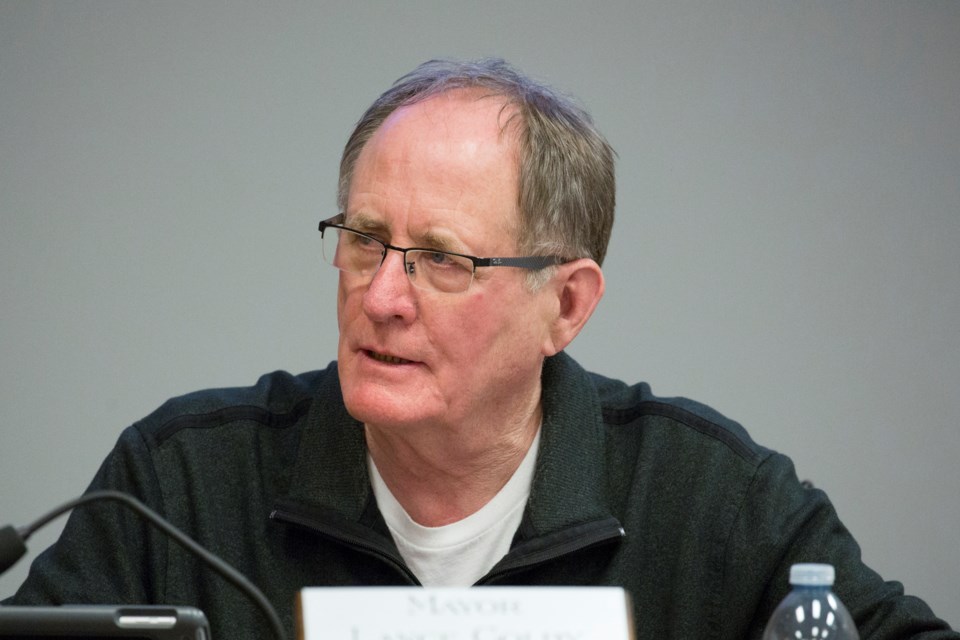 CARSTAIRS - At its regular council meeting on Oct. 28, Carstairs council approved a motion to fully fund a municipal clerk at the Didsbury RCMP detachment.

The Town of Carstairs is currently paying for one-third of the salary of a municipal clerk, said CAO Carl McDonnell.

McDonnell said the town had met with Staff Sgt. Chad Fournier of the Didsbury RCMP and were informed there were three full-time clerks, two of which are paid for by the province, while one is paid for by the municipalities, down from four.

"The plan is that we will add another person (clerk) there that the town (Carstairs) will pay for," said McDonnell. "The longer term plan is when we build the new tri-services building, for police, fire and ambulance, the clerk would relocate to that building. People in Carstairs could report accident claims and do background checks instead of having to go to Didsbury."

McDonnell said although there is no timeline on when the tri-services building would start to be built, the land has been secured and a committee has been formed with representatives from the town council, Mountain View County council, protective services staff and the fire chief.

"They're looking at buildings now to see what we need to build," he said, noting the town currently pays $20,000 for its share of the municipal clerk.

In other council news, council declined an opportunity to participate in the Olds-Didsbury Airport shared facility sub-agreement.

The decision came after council and senior administration had toured the airport, which is operated by the Olds-Didsbury Flying Club.

"The county had requested that the towns of Olds, Didsbury and Carstairs share a portion of the operating cost of the Olds-Didsbury Airport," he said. "They would take the current operating cost of the airport and divide that by the number of residents in those three communities plus the recreational district of Mountain View County. It would be a per capita fee (of $4.32)."

Currently, the tax dollars received from the airport go back to the flying club to operate the airport, he said.

"Now they would like the towns to participate in some of those operating costs," he said. "Council looked at the economic benefit for Carstairs. There are only four residents from town who use the airport but the request would be about $17,000."

The total operating budget from the Olds-Didsbury Airport is approximately $130,000 with $110,000 of that from operational costs and the other $20,000 reserved for capital contributions.

Council approved the amended noise bylaw, which adds a provision for any special event permit-plan approved by the licensing officer or CAO.

Council repealed an older garbage and refuse bylaw that was outdated, he said.

"It should have been repealed years ago and never was so, we repealed it," he said.

In McDonnell's CAO report to council, he briefed council on what he knew about the provincial budget cuts so far.

"We're reviewing that with our regular budget process to see what the total impact on us will be," he said. "The MSI (Municipal Sustainability Initiative) grant funding will be the biggest one for us. We'll have to look at the projects we're working on and which ones will be delayed. They say it's about a 25 per cent cut, so we'll see what that looks like."

McDonnell said other areas the town will have to look at will be the library funding and the FCSS funding, both of which are being frozen.

"They eliminated the student temporary employment program," he said. "We'll have to look at that since we do hire students through that program as does the library and museum. We help fund those as well. It's unfortunate. For a lot of kids, they get their first job through that program."

Carstairs Heritage Festival asks town for funding
Feb 14, 2020 6:25 AM
Comments
We welcome your feedback and encourage you to share your thoughts on this story. We ask that you be respectful of others and their points of view, refrain from personal attacks and stay on topic. To learn about our commenting policies and how we moderate, please read our Community Guidelines.