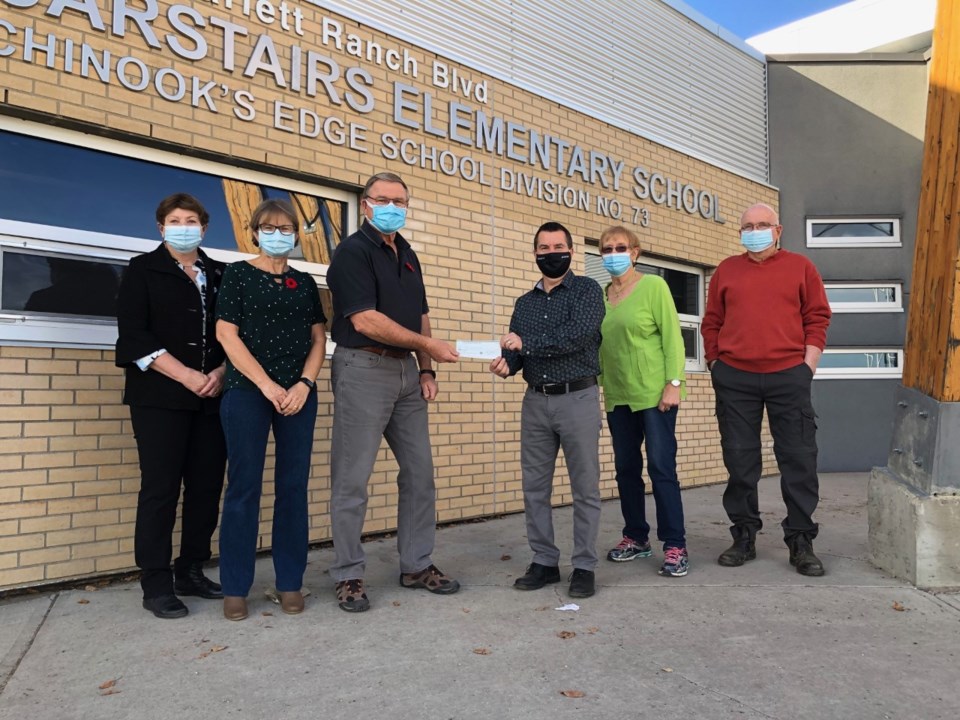 CARSTAIRS - After 68 years of supporting local schools, health-care facilities, community halls, families in need, and others, the Carstairs and District Community Chest (CCC) registered charity organization has made its final donations.

Started in April 1952 by a group of concerned Carstairs residents, the organization raised and distributed more than $1.4 million over the years.

School principal John Goutsis said the funds are greatly appreciated and will be well used.

The CCC recently decided to fold due to a general decline in the number of canvassers to collect donations, said secretary Vicky Penner.

Over the years the organization saw many, many volunteers canvas donations from local and area residents and businesses.

“In doing so, they made it possible to make donations all at once rather than having individual charities knocking at doors,” she said.

“A positive note was that all the dollars went directly to the charities since the volunteers received no commissions as with many other soliciting charities.”

The countless volunteers and board members who worked with CCC over the years made important contributions to the community, she said.

“They are to be thanked for their effort,” she said.

The CCC’s motto was adopted in 1952 and remained true throughout the organization’s long and proud service to the community: “It should be considered a duty and a privilege by all the citizens of this community to assist those who through no fault of their own are less fortunate than we."