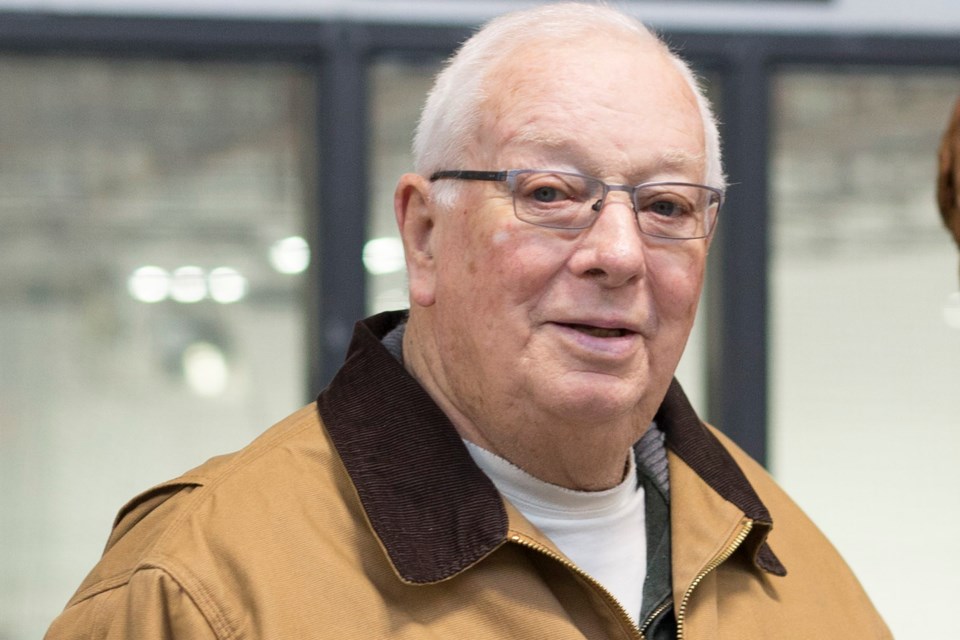 Bob Clark poses for a photo at the Olds Sportsplex in January after being selected as an Alberta Hockey Hall of Fame 2020 inductee. He passed away at the age of 83. File photo/MVP Staff

Clark died sometime on the evening of July 9 or early on July 10 at Calgary’s Foothills Medical Centre, family members confirmed.

Reaction to Clark’s July 9 death has been coming in from colleagues, friends, politicians and others.

Olds-Didsbury-Three Hills MLA Nathan Cooper called Clark’s passing a sad occasion for the community and province. He called him an invaluable mentor.

“He was not only a great local resident but also an incredible Albertan,” said Cooper. “He and his family gave so much to our region.

“His passing leaves a big hole in our community, especially in Carstairs. He has impacted the lives of thousands of Albertans and will be missed.”

“He was a gentleman and an all-around nice guy,” said Hira. “He was a people person and he impacted a tremendous amount of people that he met. He loved people.

“He liked to talk to people and find out what was on people’s minds.”

At age 23 he was first elected to the Alberta legislature in the Didsbury riding in a byelection on Nov. 30, 1960, making him the province’s youngest MLA.

He was re-elected in the newly-created Olds-Didsbury riding in 1963.

Three years later, in 1966, Clark was appointed minister of Youth in the Social Credit government of Ernest Manning.

He was re-elected in 1967 and appointed minister of Education by Premier Harry Strom.

He was re-elected again in 1971, and became leader of the official Opposition in September 1973, and was elected Social Credit Party of Alberta leader from 1975 to 1980.

Clark was appointed Alberta’s first ethics commissioner in 1992 and served in that post from April 1992 to March 2003.

He also served as the province’s first Information and Privacy Commissioner from 1995 to 2001. In March 2002 he was appointed chairman of the Alberta Electoral Boundaries Commission.

He was the recipient of the Alberta Lieutenant Governor’s Award in 2003 for his public service.

Clark also worked as an ethic advisor for the Alberta Energy and Utilities Board from 2002 to 2007, as well as chairman of the Rural Alberta Development Fund.

Clark was also involved in Alberta education, serving eight years on the Olds College Board of Governors, include three terms as chairman.

As well as politics and eduction, Clark was also deeply involved in sports in the province, particularly with minor hockey.

From 1998 to 2007 he served as chairman of the board of Alberta Junior A Hockey League and the Junior A chairperson for the Hockey Alberta Board of Directors.

He was a 2020 inductee in the Alberta Hockey Hall of Fame.

Mountain View County and other area municipalities lowered their flag Friday in honour of Clark.

It was not immediately known at press time when a memorial service for Clark would be held.