MP Earl Dreeshen recognized Clark as an outstanding public figure valued for his years of public service
Oct 13, 2020 6:00 AM By: Dan Singleton 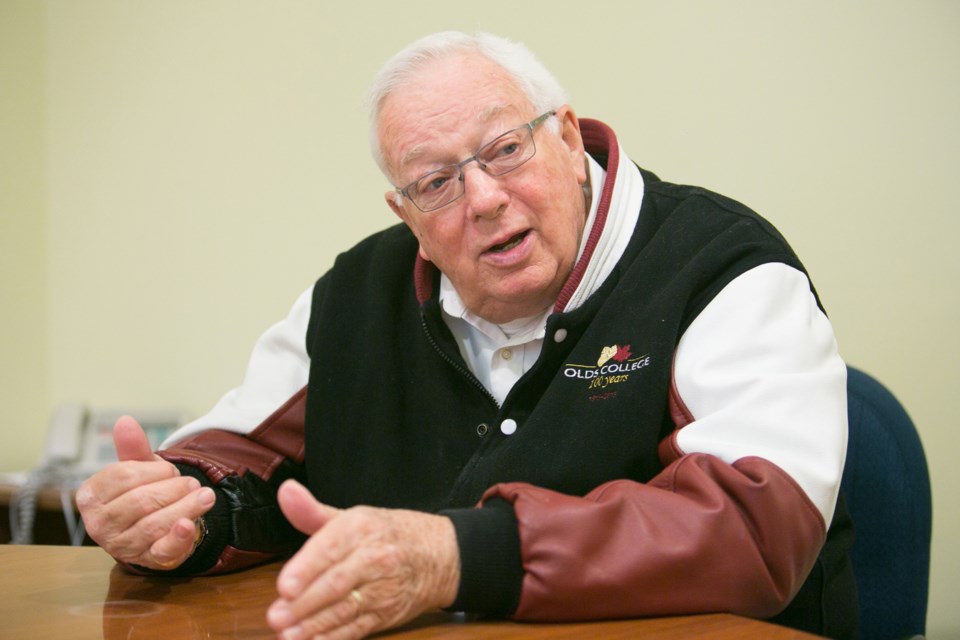 Bob Clark held public office for more than 20 years as an Alberta MLA, including as leader of the Social Credit Party. File photo/MVP Staff

Dreeshen made his tribute to Clark in the House of Commons via teleconference on Oct. 7.

Clark held public office for more than 20 years as an Alberta MLA, including as leader of the Social Credit Party.

He also held several high-level political appointments, was deeply involved in local and area sports, and served eight years on the Olds College Board of Governors, including three terms as chairman.

Dreeshen recognized Clark as an outstanding public figure valued for his years of public service.

“In the early '70s Bob encouraged me to become engaged in politics,” said Dreeshen. “As I travelled alongside Bob I was able to observe what a policitian should be: a compassionate listener and a problem solver dedicated to public service.

“I cherished him as a mentor and as a friend. We will all miss him dearly.”

Clark, a long-time Carstairs resident, was the recipient of the Alberta Lieutenant Governor’s Award in 2003 for his public service. He was inducted into the Alberta Sports Hall of Fame this year.

Carstairs resident appointed to Natural Resources Conservation Board
Oct 19, 2020 6:00 AM
Comments
We welcome your feedback and encourage you to share your thoughts. We ask that you be respectful of others and their points of view, refrain from personal attacks and stay on topic. To learn about our commenting policies and how we moderate, please read our Community Guidelines.