Aurora Mountain in Mountain View County is one of the facilities that will cease some operations
Jun 23, 2020 10:30 AM By: Canadian Press 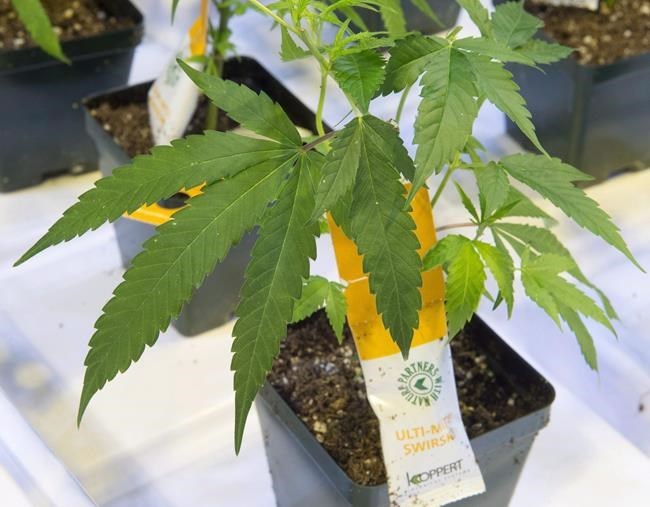 EDMONTON — Aurora Cannabis Inc. is making its second round of significant cuts this year as it continues with a restructuring plan meant to address profitability struggles.

The Edmonton-based cannabis company announced Tuesday that it will reduce its selling, general and administrative workforce by 25 per cent immediately and another 30 per cent of production staff will be laid off from the company over the next two quarters.

“This has not simply been a cost cutting exercise," said Michael Singer, Aurora's executive chairman and interim chief executive.

"We have undertaken a strategic realignment of our operations to protect Aurora’s position as a leader in key global cannabinoid markets, most notably Canada."

On top of layoffs, Aurora has also decided to cease some operations at five facilities — Aurora Prairie in Saskatchewan, Aurora Mountain in Alberta, Aurora Ridge in Ontario and Aurora Vie and Aurora Eau in Quebec — over the next two quarters.

Part of Aurora Vie will remain operational to allow for the manufacturing of certain higher margin items, in line with the company's decision to focus production and manufacturing at the company’s larger scale and more efficient sites.

By the end of the company's 2021 second quarter, production and manufacturing at Aurora Sky in Alberta, Aurora River in Ontario, Whistler Pemberton in British Columbia and Polaris in Alberta will be consolidated.

The company will also record production asset impairment charges of up to $60 million during its fourth quarter and a charge of up to $140 million in the carrying value of certain inventory.

"We believe that we now have the right balance for the long-term success of Aurora — market leadership, financial discipline, operational excellence, and strong execution," he said.

"We remain focused on making Aurora a profitable and robust global cannabinoid company.”

Aurora's cuts come as the cannabis industry is struggling amid COVID-19, which caused several companies to close their stores to stop the spread of the virus.

Cannabis companies were facing headwinds prior to the pandemic, even as they started rolling out the country's first legal edibles, beverages and vapes.

Many pot businesses rang in the new year with cuts to staffing and dramatic restructurings that saw facilities close and significant writedowns taken.

In February, Aurora announced it was taking $1 billion in writedowns and would lay off 500 employees as part of a restructuring of its spending plans. The company also said its chief executive Terry Booth was retiring and a search was underway for his successor.

Singer chalked up the moves as being part of retail constraints, evolving consumer demand and provincial distributor inventory management adjustments, but said he remains "extremely bullish" on the long-term potential of the Canadian medical and consumer markets.

Aurora competitor Canopy Growth Corp. was hit with troubles too.

It said in April that it will lay off 85 full-time workers and close its indoor facility in Yorkton, Sask. to align its production in Canada with market conditions.

Canopy also ended farming in Springfield, N.Y., cultivation work at a facility in Colombia and operations in South Africa and Lesotho.

The Canopy cuts came after the company laid off 500 employees, closed some of its greenhouses and took writedowns of between $700 million and $800 million at the start of the year as it dealt with profitability challenges.

This report by The Canadian Press was first published June 22, 2020.

Lots of effort by thief gains nearly nothing
Jun 23, 2020 4:00 PM
Comments
We welcome your feedback and encourage you to share your thoughts. We ask that you be respectful of others and their points of view, refrain from personal attacks and stay on topic. To learn about our commenting policies and how we moderate, please read our Community Guidelines.