Land use bylaw change, possibly including provisions for tiny homes, will be discussed
Oct 27, 2020 6:00 AM By: Doug Collie 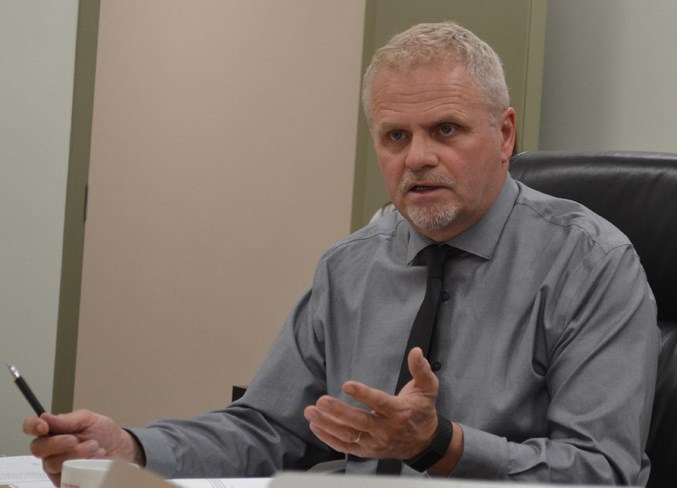 Town of Bowden Chief Administrative Officer Greg Skotheim says it’s hoped that changes to the town’s bylaw, currently being worked on by planners at Red Deer County, will include provisions for high-density housing and tiny homes. File photo/MVP Staff

BOWDEN — The town is planning to hold an open house, likely in November.

It will be held for two reasons, said chief administrative officer Greg Skotheim.

One is to serve as an opportunity to address any concerns or issues residents may have, he said.

The second is to discuss changes that are being made to the town’s land use bylaw, he said.

And one aim of that revised bylaw is to enable the creation of tiny homes or other affordable housing in town, he said.

Over the past couple of years, developers showed some interest in building tiny homes or other affordable housing in Bowden but those initiatives just kind of petered out.

During an interview, Skotheim was asked why nothing came of those efforts.

“Well, I think there’s quite a few things. There’s land use bylaw issues, the ownership and how does it fit into a land use bylaw. I don’t know, it’ a tough question," he said.

Council is open to “all kinds of housing” including high-density housing and tiny homes, he said.

“It’s an interest of our council. It’s a future option for a housing in Bowden,” he said.

It’s hoped that changes to the town’s bylaw, currently being worked on by planners at Red Deer County, will include provisions for that kind of housing.

“They do all the legwork and then we have workshops. We’ve had two workshops already," he said. “I would say right now we’re about two-thirds through our revisions."

He added that he hopes they’ll be completed in time for an open house to be held some time in November.

In the end, town council will have to approve whatever changes are proposed.