Northbound traffic on Highway 2 at Bowden expected to be rerouted onto Highway 2A until at least noon
Jun 10, 2021 10:09 AM By: Doug Collie 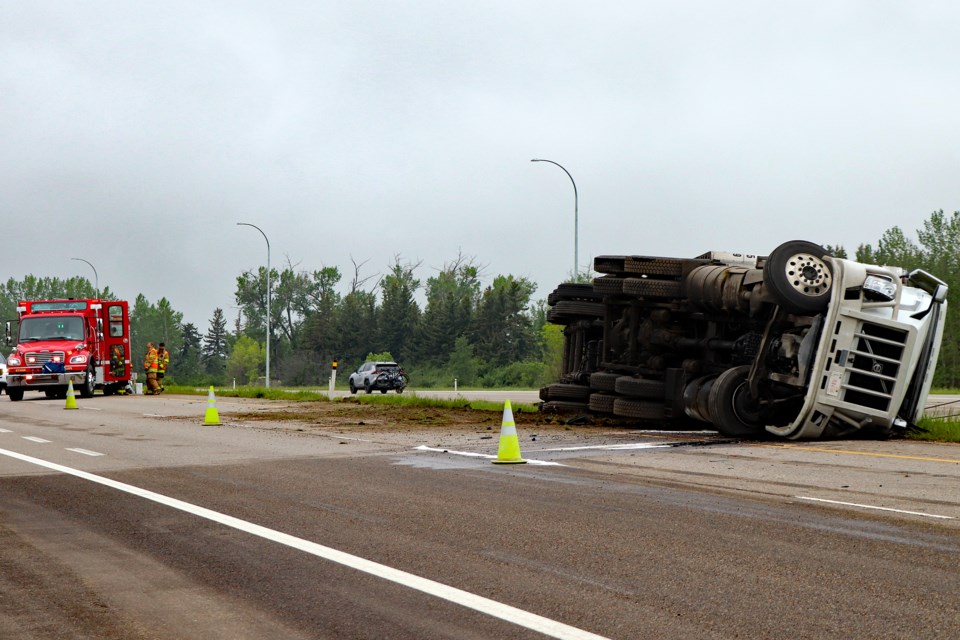 Firefighters were among the emergency crews that respond to a rollover that occurred at about 5:50 a.m. on June 10 about a kilometre north of the Highway 587 overpass. Police say the driver, the lone occupant of the vehicle was not hurt. Johnnie Bachusky/MVP Staff

BOWDEN — The northbound lanes of Highway 2 have been reopened after a northbound semi-trailer rolled over early this morning about a kilometre north of the Highway 587 overpass.

The driver and lone occupant of the semi-tractor was assessed by EMS at the scene and found to have no injuries. He’s been charged with failing to maintain the centre of the lane under the Traffic Safety Act.

The semi ended up in the median.

Northbound traffic was re-routed onto Highway 2A at the Highway 587 overpass for several hours while the incident was investigated and the scene cleaned up.