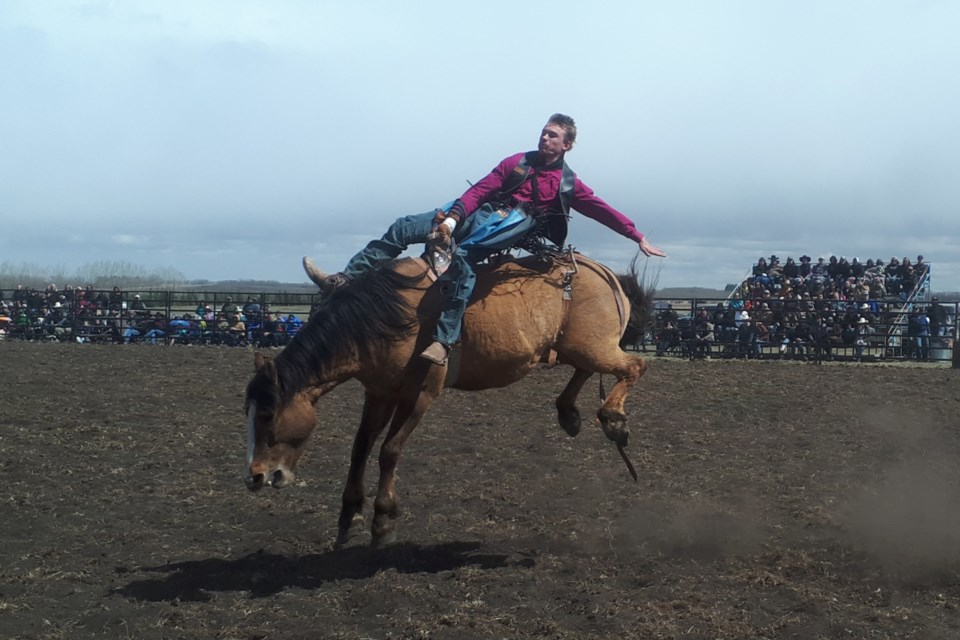 BOWDEN — Mayor Robb Stuart says the fallout for his community from a rodeo held in protest of pandemic restrictions is dissipating.

The No More Lockdowns Rodeo Rally, held May 1-2, was originally scheduled to be held at the Bowden and District Agricultural Society’s (BDAS) grounds but was moved to private land at Highway 2A and Twp. Rd. 341 when the ag society withdrew permission for it.

During an interview last week, Stuart was asked if reaction to the rodeo is beginning to die down.

On Tuesday, the town and BDAS issued a joint release on the matter.

“The event was held on private property outside of the municipal boundaries of the Town of Bowden,” it said.

“The Town of Bowden and the Bowden and District Agricultural Society did not endorse or have any involvement in this event.

“Alberta Health Services (AHS) had knowledge of the event and we were informed that they had jurisdiction.”

Stuart said since news of the rodeo broke he’s received several emails about it – pro and con.

“There was the misconception that Bowden let it happen to begin with,” he said.

“A nurse emailed me and said that she was very disappointed that the town let this rodeo take place, it made her job way worse and she was just very annoyed and I agree with her.

“And then I got another gentleman who emailed me and said ‘we had decided after the rodeo event we were not going to come to Bowden anymore – they didn’t come here that often.

“But then he said after seeing the news media ‘congratulations, I think you’ve done a great job in trying to deflect’ or whatever it was exactly and ‘we’ll be coming back to Bowden.’

“I’ve got a few. Some I don’t even read. You can tell right by the header ‘you morons or whatever, blah, blah, blah,’ right?”

"I'm glad I'm seeing the hind end (of that)," he added. "I've done more interviews in the last two days than I've done in my previous 11 years as mayor.

"He has done amazing," Stuart said. "I have nothing but admiration for the time and effort he's put in and the heat he's taken too."

"He and I have spoken a few times. The dedication of that man is amazing," Stuart said.