Bowden Daze cancelled for this year at least 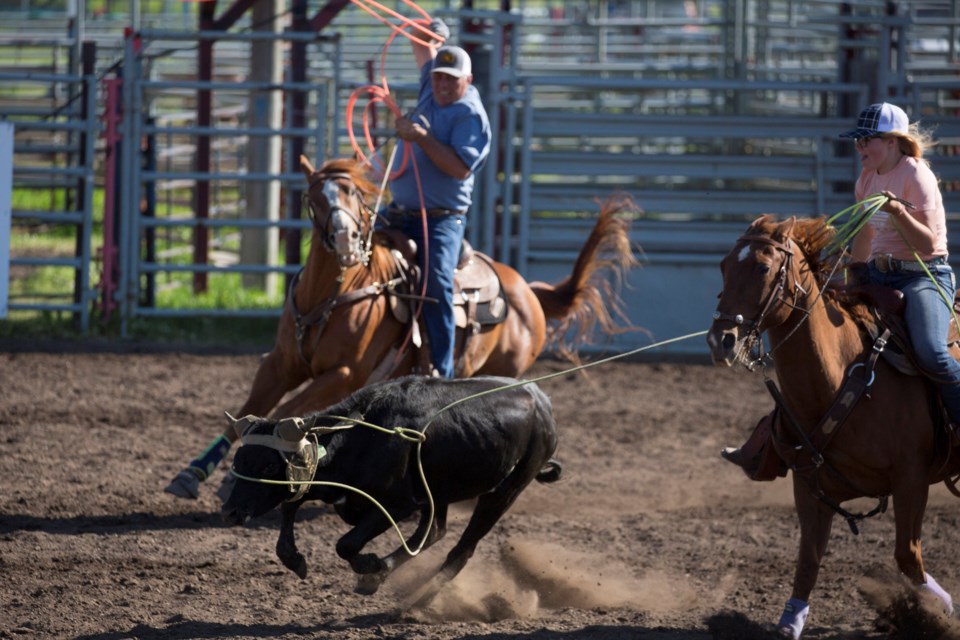 Bowden Daze is cancelled for this year, due to the COVID-19 pandemic. Bowden & District Agricultural Society president Keith Bailey is unsure if it will be back next year. File photo

BOWDEN — Normally at about this time, Bowden Daze, the annual weekend rodeo in Bowden, would have been held.

But not this year.

Like hundreds of other sports and cultural events around the world, it’s cancelled due to restrictions imposed as a result of the COVID-19 pandemic.

“Just with all the government restrictions we just decided it was best not to have it this year,” said Keith Bailey, president of the Bowden & District Agricultural Society, the group that organizes Bowden Daze.

In an interview, Bailey said it was a tough decision for the committee, and not taken lightly.

“It was a very hard decision. I’m not going to lie. It was a hard decision and it definitely saddened the board that we have to shut her down for the year,” he said.

“Bowden Daze is the busiest weekend of the year in Bowden, so it has a huge impact.

“I mean, it brings 2,000 people into the town over the course of the weekend,” he added.

“It helps everyone in the community I think, business-wise.”

One was the restrictions on social gatherings imposed by the provincial government. The other was the local economy.

“It’s not a year to be asking for sponsorship,” Bailey said.

The committee is hopeful they’ll be able to hold Bowden Daze again next year, but they’re taking a wait and see approach on that.

“It just all depends on the restrictions, really.

"We’re not going to try to rush things. We want everything to be open back up fully before we host anything,” Bailey said.

“It’s concerning, it really is. But we just have to play it by ear now and nobody really knows what the future’s going to bring with this COVID.”

Players can now hit the greens at Olds and Bowden golf courses
May 9, 2020 3:30 PM
Comments
We welcome your feedback and encourage you to share your thoughts. We ask that you be respectful of others and their points of view, refrain from personal attacks and stay on topic. To learn about our commenting policies and how we moderate, please read our Community Guidelines.