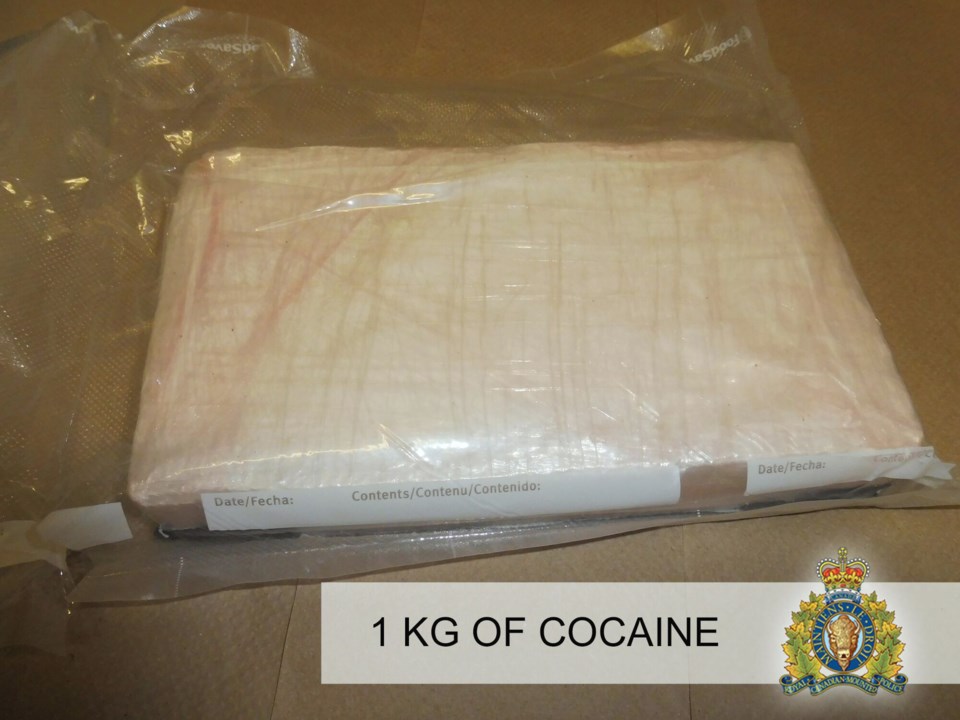 Pictured is some of the cocaine seized by Alberta RCMP this year. Photo courtesy RCMP

The subsequent vehicle searches resulted in the combined seizures of 11 kilograms of cocaine, 1.675 kilograms of fentanyl, 30 grams of meth, two kilograms of MDMA, 90.5 pounds of illegal cannabis, 250 litres of GHB, over $37,500 in Canadian currency and one .32 caliber pistol.

“These drug seizures are evidence that traffickers can be caught — our officers are skilled, professional members trained in the detection of illicit commodities which includes drug trafficking,” said Alberta RCMP Traffic Services Supt. Gary Graham. “The increased presence of illicit synthetic opioids poses a grave threat to Albertans. Traffic enforcement, because of its very nature, plays a key role in identifying and disrupting organized criminal groups fuelling this public health epidemic.”

The release notes that RCMP will continue to work very closely with its law enforcement and safety partners to keep traveling criminals and illegal activities off Alberta roads and to further reduce crime in Alberta.