This is what you need this morning. Mic'd up Mason is back!

Orillia's Mason Rupke starred in a video that went viral globally a year ago; the five-year-old is back in another smile-inducing video
Mar 23, 2020 10:30 AM By: Dave Dawson 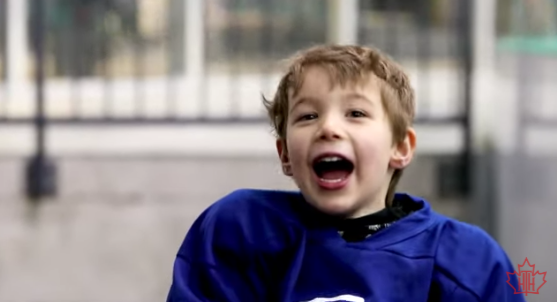 Mason Rupke will bring a smile to your face. He's featured in a new 'Mic'd up Mason' a year after his dad's video of the youngster at a mighty mytes skills session at Rotary Place went viral.

ORILLIA, Ont. — Do you remember that adorabe four-year-old 'mighty mytes' hockey player from Orillia who became a global sensation when a video of him, wearing a microphone, dreaming of McDonalds while stickhandling, went viral?

In that smile-inducing video, young Mason Rupke is shown "participating" in drills at Rotary Place as he learns the ins and outs of skating and puck-handling. He is, like many youngsters, more interested in everything else; he sings and makes up names for pucks and pretends he needs to pee so he can have a break.

One year later, his dad, Jeremy Rupke, known on social media as Coach Jeremy, has released a new video of the local youngster. And while Mason is a year older, he still is, clearly, a kid at heart.

The elder Rupke told OrilliaMatters.com when the first video when viral why he decided to put a microphone on his son as he participated in his weekly Timbits Hockey mighty mytes session at Rotary Place.

“I would watch him in practices and I would see him talking to himself, or saying something to other kids or his coaches and I just kind of wondered what he was saying,” he explained.

You can see both videos here: