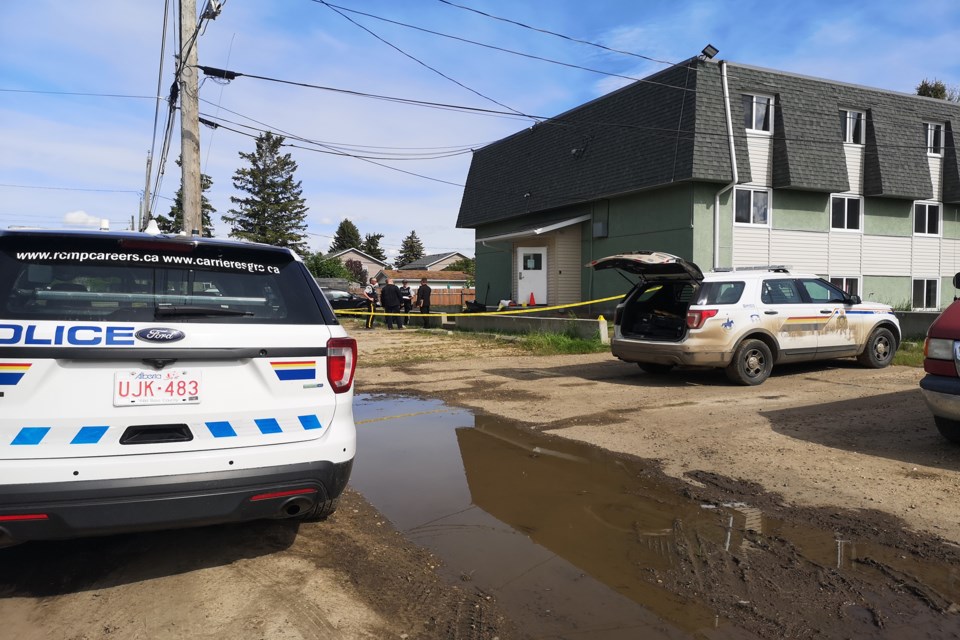 The suspicious death of a man at an apartment complex in Westlock June 9 is being treated as a homicide. Andreea Resmerita/Westlock News

WESTLOCK - The Westlock RCMP and the Major Crimes Unit are investigating the death of a man after his body was found in the lobby of an apartment complex in Westlock June 9.

At 10:30 a.m., the detachment received a call about the body found in one of the Westlock Estates buildings. Major Crimes was called in to assist.

After an autopsy was conducted June 11 by the Edmonton Medical Examiners Office, RCMP confirmed the death was a homicide.

Police have identified the man, although his name won’t be released to the public “at this time.” Originally, a June 9 press release stated they were waiting to notify next of kin before releasing details.

They didn't clarify if the man lived in the building.

Currently, there is no mention of suspects. Major Crimes Constables were conducting interviews with neighbours late in the afternoon. Police is asking that those with information contact the Westlock RCMP at 780-349-4491, or Crime Stoppers via phone at 1-800-222-8477, online at www.P3Tips.com or via the P3Tips app.