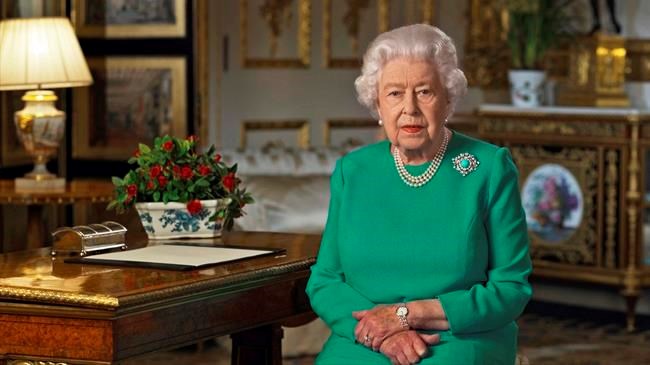 In this image taken from video and made available by Buckingham Palace, Britain's Queen Elizabeth II addresses the nation and the Commonwealth from Windsor Castle, Windsor, England, Sunday April 5, 2020. Queen Elizabeth II made a rare address, calling on Britons to rise to the challenge of the coronavirus pandemic, to exercise self-discipline in “an increasingly challenging time”. (Buckingham Palace via AP)

WINDSOR, United Kingdom — Queen Elizabeth II addressed Great Britain, the Commonwealth, and the world in a rare speech calling for unity in the face of the COVID-19 pandemic.

The Queen thanked front-line workers fighting the global pandemic and encouraged people to stay home in the statement issued on Sunday. Although the speech focused on Great Britain, the Queen appealed to anyone watching her.

"While we have faced challenges before, this one is different. This time we join with all nations across the globe in a common endeavour using the greatest advances of science, and our instinctive compassion to heal," she said. "We will succeed. And that success will belong to every one of us. We should take comfort that while we may have more still to endure, better days will return.

The Queen has addressed the Commonwealth every Christmas Day since she ascended to the throne in 1952, but it's only the fifth time in her 68-year reign that she has spoken specifically to rally Britons.

She also addressed Great Britain at the beginning of the first Gulf War in February 1991, on the death of Diana, Princess of Wales, in September 1997 on the death of the Queen Mother in April 2002, and in June 2012 to celebrate her own Diamond Jubilee.

The Queen, 93, noted that her very first public address was made in 1940 when she and her sister, Princess Margaret, addressed other children displaced by the Second World War.

"Today, once again, many will feel a painful sense of separation from their loved ones," she said in the statement that was recorded on Thursday at Windsor Castle, her main residence. "But now, as then, we know deep down that it is the right thing to do."

Unity was the primary theme of the Queen's speech, stressing the importance of restrictions on public gatherings and slowing the spread of the novel coronavirus.

"Together we are tackling this disease and I want to reassure you that if we remain united and resolute, then we will overcome it," she said. "I hope in the years to come everyone will be able to take pride in how they responded to this challenge.

This report by The Canadian Press was first published on April 5, 2020.