Irwin said she's reported the incident to police and plans to talk with them about the possibility it may be connected to previous hateful messages she's received.
Mar 1, 2021 12:15 PM By: Canadian Press 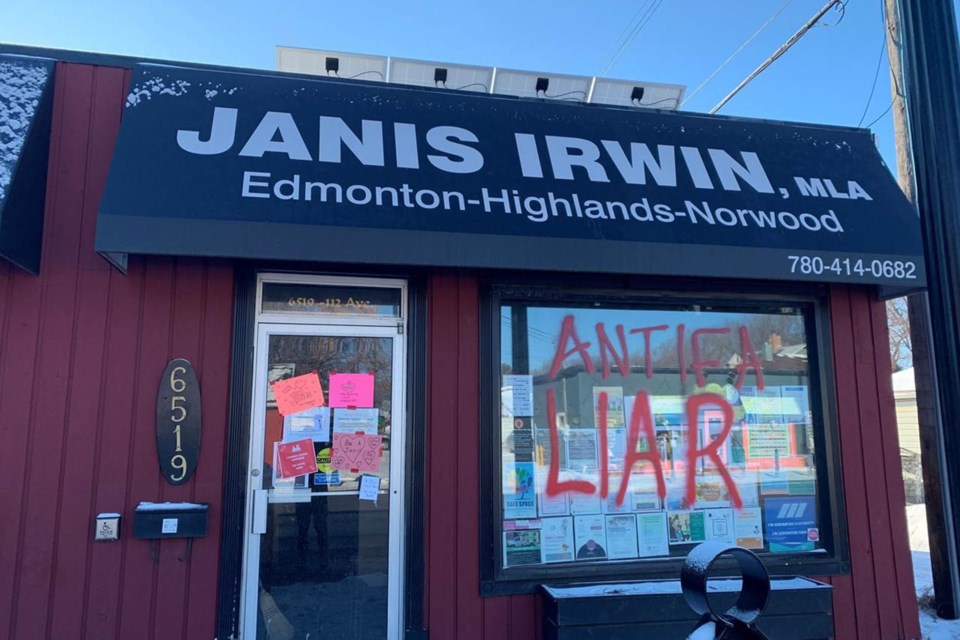 Kenney issued a social media post Saturday saying that while there are "countless ways" to register disagreement with a lawmaker, but "vandalism is not one of them."

He also noted that "many other MLA offices have been vandalized in recent months" and condemned those responsible.

The premier was criticized for taking days to denounce anti-lockdown demonstrators who marched in Edmonton last weekend, some carrying tiki torches, which Opposition Leader Rachel Notley said are widely considered symbols of white supremacy and racism in that context.

The NDP leader issued a tweet of her own some time after Kenney's, saying all forms of racism, misogyny and hate should be called out and she was proud to have Irwin on her team.

Irwin, who is her party's critic for women and LGBTQ issues, said on Twitter that the vandalism has left her "sad and angry," but added her feelings are just "a fraction" of what members of racialized groups and other marginalized communities feel every day.

Irwin said she's reported the incident to police and plans to talk with them about the possibility it may be connected to previous hateful messages she's received.

This report by The Canadian Press was first published Feb. 27, 2021.