No one injured in helicopter crash

A pilot walked away unharmed following the crash on Wednesday morning.
Feb 24, 2021 4:48 PM By: Janice Huser 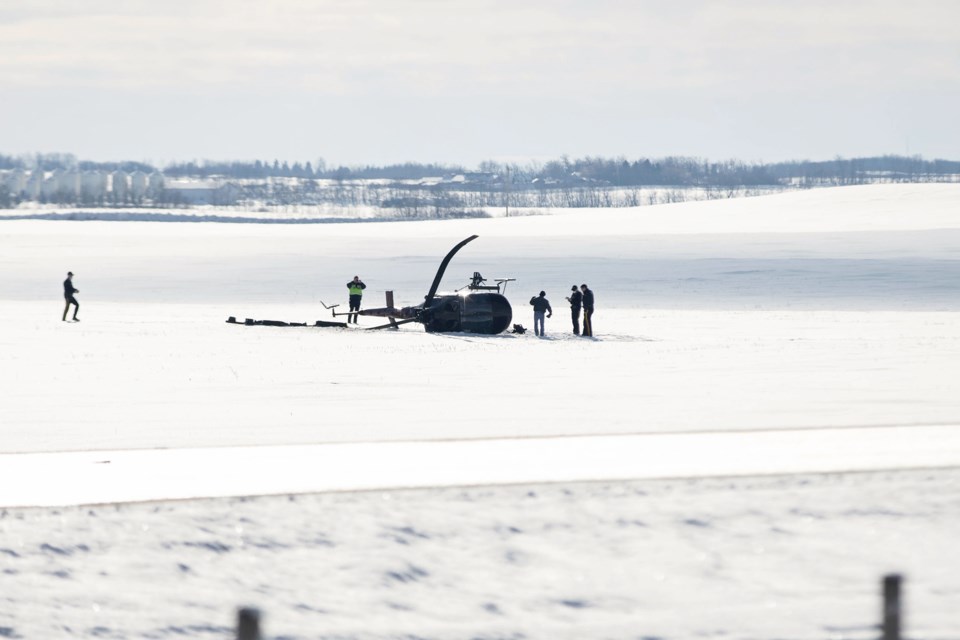 No injuries were reported following a helicopter crash on Wednesday morning, near St. Paul.Janice Huser photo

ST. PAUL – It wasn't a typical call when St. Paul RCMP, along with other emergency services from the community, responded to a helicopter crash in a field just outside of St. Paul on Wednesday morning.

"No one was injured," confirmed Cst. Monnika Fehr, of the St. Paul RCMP on Wednesday afternoon. The helicopter had one male occupant in it.

"The experienced pilot started having mechanical issues in the air and planned a landing in the field where it was safe to do so," said Fehr. "During the landing, the helicopter caught a snow drift and tipped over."

The incident is now being handled by Transport Canada.