WINNIPEG — The father of a junior hockey player left paralysed after an on-ice collision says the 19-year-old has been inspired by the outpouring of support he's received from the hockey community across the country. "Humanity is astounding.
Jan 6, 2020 7:28 PM By: Canadian Press 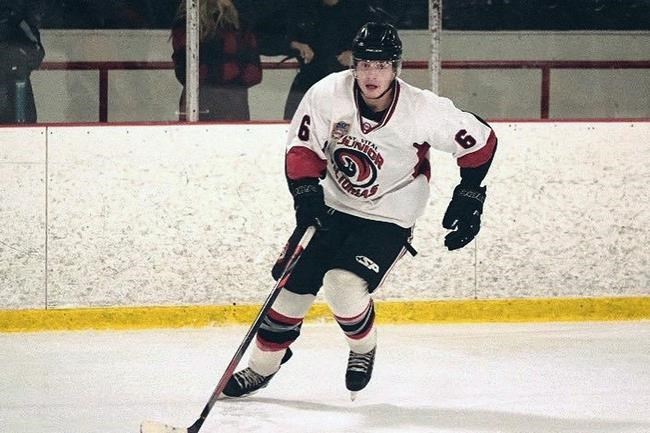 WINNIPEG — The father of a junior hockey player left paralysed after an on-ice collision says the 19-year-old has been inspired by the outpouring of support he's received from the hockey community across the country.

"Humanity is astounding. I have a renewed appreciation for humanity and the outpouring of affection that we are receiving," said Trevor Ketler on Monday evening.

Reese Ketler was playing with the St. Vital Victorias Junior Hockey Team, part of the Manitoba Major Junior Hockey League, on Dec. 19. His mother was in the stands cheering him on as the team faced off with the Raiders Junior Hockey Club.

Reese, who is about six feet tall and 200 pounds, had been consistently on the ice since he was five years old. Everyone knows injury can be a part of sport, his dad said, but nobody expected what happened next in the game.

Reese was doing an end-to-end rush when he collided with a player from the other team. He went head-first into the boards.

Trainers went to the ice and called for paramedics. The teen was eventually brought to a hospital in Winnipeg where he had immediate surgery to stabilize four vertebral fractures in his spine.

"I think in the back of my mind I was thinking, 'I hope it's not that bad, I hope it's short term ... hopefully they are just taking extra precautions just to make sure and everything's going to be alright,'" Trevor Ketler said.

"When the reality comes it's really hard to put into words … we are always hoping for the best."

Reese's spinal cord injury left him paralysed from the chest down, and he also has paralysis in his hands.

Ketler said they are celebrating the "little victories" each day as they see improvements in Reese's mobility. He's been able sit in a wheelchair, move his neck from side to side and is messaging with friends on his phone. But there are also hard times, the dad said.

Reese has been inspired to keep working hard by the thousands of people who have reached out to show their support. Local hockey families have stocked the Ketlers' fridge with food — and even an extra freezer to keep it in — and are taking care of the parking costs at the hospital.

A GoFundMe page was set up by another parent in the hockey community over the weekend. It had raised more than $182,000 by Monday evening and will be used for medical support, wheelchairs and home and vehicle modifications.

Ketler said it's too early to speculate on Reese's long-term mobility. But he doesn't doubt for a minute his son will still be successful. Reese is already talking about going back to the University of Winnipeg where he is studying business.

Reese is taking the lessons of empathy, comradery and hard work from the hockey rink into his recovery, his father said.

"There's no doubt he is going to apply that to his rehabilitation."

This report by The Canadian Press was first published Jan. 6, 2020.

Health Canada green-lights rapid COVID-19 test
Sep 30, 2020 7:35 PM
Comments
We welcome your feedback and encourage you to share your thoughts. We ask that you be respectful of others and their points of view, refrain from personal attacks and stay on topic. To learn about our commenting policies and how we moderate, please read our Community Guidelines.