On April 1, Clare's Law came into effect in Alberta. Areni Kelleppan, the executive director for SAIF in St. Albert, says it's a good step, but has limitations.
Apr 8, 2021 10:45 AM By: Jessica Nelson 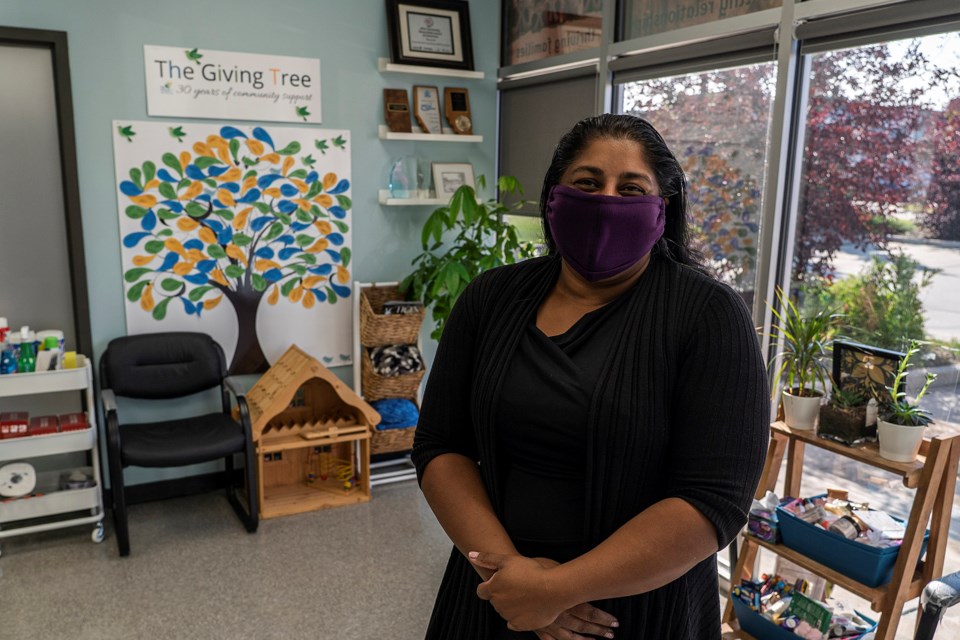 Those romantic movies where the guy or gal is stalking someone or constantly calling and hanging up aren't really so romantic, says Areni Kelleppan, executive director of Stop Abuse in Families Society (SAIF). Abuse doesn’t include just physical violence – there are other red flags.

“So, say there is a concern – I start dating somebody, and something doesn't feel right. I'm a little worried about my safety. I'm feeling a little intimidated. What do I do?”

The information can be accessed through the police in one of two ways. Right to know allows police to disclose information to a person if they believe that person is at risk of domestic violence.

Kelleppan said this uncuffs law enforcement. In the past, police were unable to tell a person if their partner had a history of domestic violence.

“Can you imagine making a domestic call, knowing you can see the entire record on your screen, knowing this person might be in a lot of danger, and not being able to share that with that person? In some ways, it does allow law enforcement the professional judgment to be able to share that information with a person who might be in danger,” she said.

A person who feels they are at risk of domestic violence also has the right to ask police if their intimate partner has a history relating to domestic violence, stalking or harassing, breaches of no contact orders, and other relevant acts.

This is where the law may not necessarily be enough. Kelleppan said normally people won’t go to law enforcement and ask if their partner has a history of violence. Something has to happen first.

“I think the legislation, because it puts the onus on the partners, it’s not the most effective legislation. It's good in that it can cover those who actually go seeking out the information and are concerned. It will probably help on the (emergency protection order) side. It will probably help. It will certainly help law enforcement share information when they're concerned about a person who is in a domestic call. But it’s got limitations. I gotta say it's got limitations,” she said.

Kelleppan said there are signs that a person might be at risk, like an attempt to control finances and friendships or gaslighting.

“Often people go right to one of two things – it's being hit or slapped or somehow physically assaulted. (But) abuse very rarely starts with physical assault. Very rarely do we end up with people who slap us around constantly. There is a period of developing this persona and this relationship that we find ourselves in, and then the other abuse starts, right? And then we're deep in (it)," she said.

“It doesn't start off feeling abusive, right ... If something makes you feel uncomfortable, it is okay to ask about it. It is okay to see what that's about. It is not okay to keep burying your gut instinct when it's telling you there's danger."

Once people feel that there might be a risk, they also need to know they can access resources such as Clare’s Law. Kelleppan said many people don’t want to create a fuss and aren’t sure when to classify something as an emergency or danger.

The person at risk must also be willing to receive the information from the police in person as the information will only be given verbally, which Kelleppan said is another drawback to the legislation. Many of their clients distrust law enforcement and the legal system.

Alberta has the third-highest rate of domestic violence in Canada per capita. Kelleppan said their organization saw 550 families last year. She said their numbers don’t match the RCMP numbers and often clients tell her they simply won’t go to police.

“It's not an insignificant problem. And we know a lot of people don't reach out for help. These are the families that just do,” she said.

The St. Albert RCMP's Q2 report showed that between July and September 2020 there was a 19-per-cent increase in calls related to domestic violence. Of the assault files, 22 out of 88 had a domestic violence component.

Kelleppan said her organization’s thoughts are divided on this legislation. It’s a great tool but not an end-all solution.