Blaise Hunter, who has ties to the Bonnyville-area, won a national award for her working in her heroine movement
Nov 21, 2020 10:15 AM By: Robynne Henry 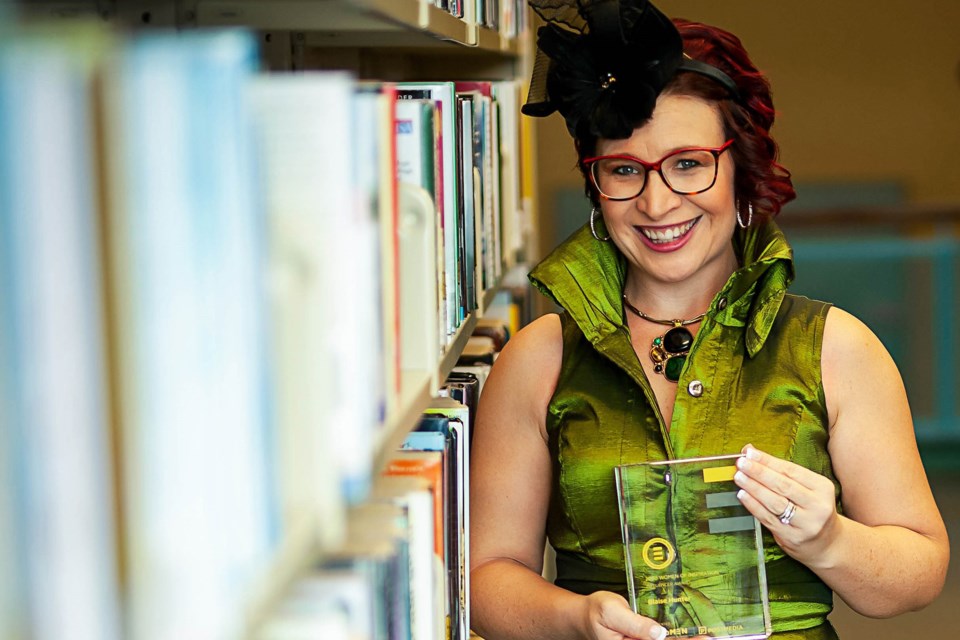 Blaise Hunter, who has ties to the Bonnyville-area, received a nation award from the National Women's Network. Photo submitted.

BONNYVILLE – A national award recipient has roots in the Bonnyville-area.

Fertility expert Blaise Hunter, whose heroine movement began when she lived in town, was announced as a 2020 Women of Inspiration Award recipient.

Hunter described the win as a shock "because there were over 150 finalists."

“If you looked through all of those nominations, you look at these women and you’re like ‘wow, they’re so accomplished, they’re doing so much, and I know I’m doing so much,' but how do you pick because these women are phenomenal,” she expressed. “It was just a very surreal feeling to be recognized for my efforts and that was just an amazing honour to experience being selected.”

The heroine movement for Hunter began when she was living in Bonnyville. The movement is about women empowerment and encouraging them to raise themselves as the hero of their own life. It had personal ties for Hunter, as she started it when she needed to accept her imperfections and embrace her inner beauty.

Her book ‘Heroine’ was published in 2018 in order to help her heal from the grief and trauma cause by her miscarriages. What started as a self-healing journey developed into Blaise the Trail Inc., a consulting agency and motivational speaking business, and Hunter has traveled around the world encouraging women and healing herself each time she steps on stage.

Blazing her own trail is what Hunter believes assisted her in being nominated and winning the Influencer Award, which is presented to a woman who has a global vision coupled with a contagious message to share with the world.

Although a proper awards ceremony couldn’t be organized due to COVID-19, the Universal Women’s Network pulled out all the stops to ensure the nominees felt like stars.

“The Universal Women’s Network was just amazing. They actually got four dozen roses delivered to us, we got care packages with wine and chocolates,” said Hunter.

She added, “They made it feel very special. They filmed it professionally and had our acceptance speeches recorded and played them when the winner won and they had little Oscar-like envelopes. My friend here in Medicine Hat hosted a party and it was just kind of my cohort group with my family. We watched the viewing of it on TV and it was just special to have that many people and my family around me as well.”

The Calgary-based Universal Women’s Network launched the Women of Inspiration Awards in 2015 to recognize women who lead by example, ignore the naysayers, and take the road less traveled.

People who are nominated and win the awards as described by the organization as “everyday heroes making an impact on our local, national, and global community.”

Hunter believes the Universal Women’s Network and their awards are different from other groups she’s been involved with.

“I’ve been part of many networking events and many groups, but this one seems to have something very unique in which we’re all strangers, I’ve never met anyone, I haven’t been face-to-face with anyone, especially not at the awards ceremony, and yet women from all over Canada are reaching out to me and they’re working together to elevate each other’s businesses and see how we can help one another and collaborate. Really, it’s not about me, it’s about us. I really noticed that early on when we started this nomination process and all the way up to the awards. These women are about coming together. We’re stronger together and let’s raise the bar together.”

One part of the heroine movement Hunter is taking to heart since winning is being okay with celebrating the accomplishment.

“You don’t have to be shy and humble. It’s about being humble, but it’s also about allowing women to celebrate their accomplishments, achievements, passions, and their destiny. I wouldn’t be fulfilling my own mission if I didn’t allow myself to celebrate it, so I’m really taking this moment to feel the joy and honour the hard work that I’m doing, pat myself on the back and say ‘hey, good job and let’s keep going.’”