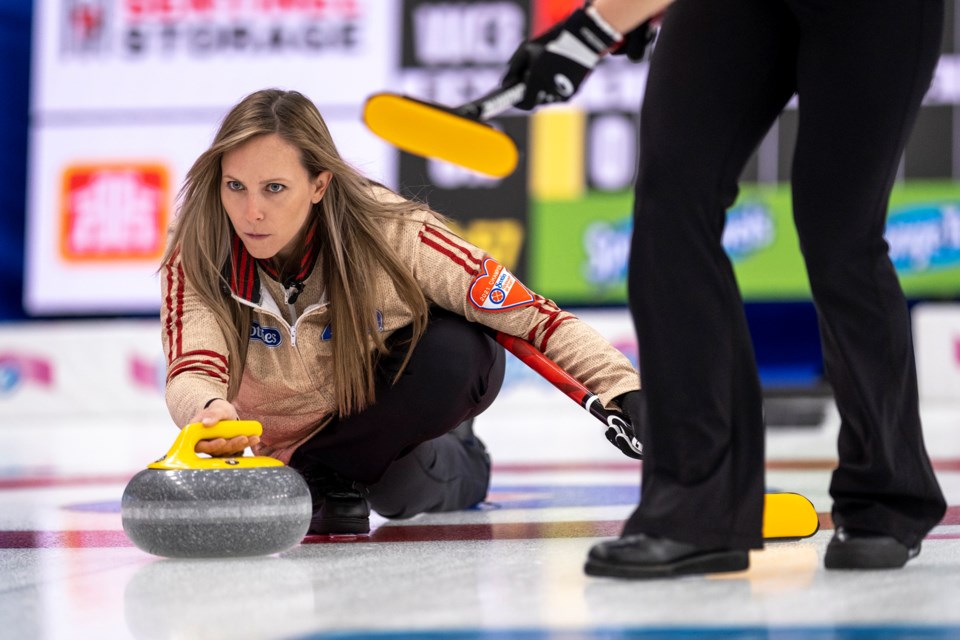 ALBERTA - The Scotties Tournament of Hearts - the Canadian Women's Curling Championship - is underway in Calgary this week, and while most Albertans might be cheering for Team Alberta or Team Canada, there's another team shining in the tournament that has connection to the Lakeland area, and has plenty of fans cheering from their couches.

Team Ontario - or maybe better known as Team Homan - is 6-1 overall in the tournament, following last night's 8-6 win against Team Zacharias, one of the wildcard teams. The team's fourth, Rachel Homan, no doubt has plenty of friends and family watching her from St. Paul. Homan is married to St. Paul native Shawn Germain.

Homan, who is eight months pregnant, and the team's lead Joanne Courtney spoke with media after Tuesday night's game via an online news conference. When asked if fatigue had set in yet for the team, Courtney said the team was happy to have had a number of days where they played just one game. On Wednesday, the team also played at an early game at 8:30 a.m. against Team Northwest Territories.

When asked about the game that had just wrapped up against Team Zacharias, Homan said the young team had them on their toes throughout the match-up, and she acknowledged Team Zacharias' dedication to the sport.

Team Homan is set to play this afternoon at 1:30 p.m. against Team Canada, another team that has some familiar names attached to it.

Although the team officially curls out of Manitoba, with skip Kerri Einarson coming from Gimli, Manitoba, Val Sweeting is the team's third - another well-known name name in the Lakeland. The team also includes coach Heather Nedohin, who hails from Sherwood Park.

Team Canada has a perfect record going into the last game of the round robin portion of the tournament.

"It'll be a battle out there," said Homan, Wednesday night, when asked about the upcoming game, adding, "It's been a long time since we played them."

Team Homan plans to bring their A-game on Thursday afternoon. Team Homan also includes Sarah Wilkes as second, Emma Miskew as third, and Danielle Inglis as alternate and is coached by Randy Ferbey.

Team Homan beat Team Alberta earlier in the week in round robin play, with a score of 6-5.

Canmore cyclist Sara Poidevin is switching gears to reach next level
Apr 17, 2021 11:45 AM