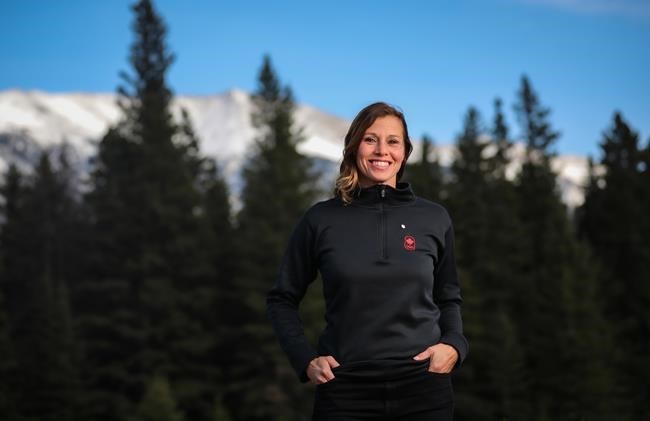 CALGARY — Catriona Le May Doan says she's ready to mentor and shield Canada's athletes at the 2022 Winter Olympics in Beijing.

Le May Doan won gold in the 500 metres in 1998 and 2002. She became the first Canadian to successfully defend an Olympic title.

The 49-year-old from Saskatoon lives in Calgary, where she's president and chief executive officer of Sport Calgary.

The four-time Olympian worked as a CBC and CTV Olympic commentator since retiring from her sport.

Le May Doan served on the Canadian team's mission staff in 2018 in Pyeongchang, South Korea.

She was a lead athlete mentor working alongside chef de mission Isabelle Charest, from whom Le May Doan inherits the job.

"It was a great experience in 2018 being on the mission team. I knew that I wanted to do more than that," Le May Doan told The Canadian Press.

"It really does kind of complete my Olympic circle, having been athlete, media and mission team. It was something I really wanted, I think maybe more than I even understood."

Canadian athletes won 29 medals, including 11 gold, to rank third behind Norway and Germany in the overall medal count in Pyeongchang.

The chef de mission, or "head of mission", is an ambassador for the entire team leading into and during the Games.

Once a role given to Canadian sport administrators, the volunteer position is now filled by former Olympic athletes.

Champion rower Marie McBean is Canada's chef for the 2021 Summer Olympics in Tokyo.

“Catriona has huge credibility and respect in the sport and broader community, is an inspiring leader and is passionate about sport and the Olympic movement," COC president Tricia Smith said in a statement.

“Between her vast experience in the world of sport, her integrity and the way she consistently lives the Olympic values of excellence, respect and friendship, we are all extremely fortunate and excited to have Catriona as chef for Beijing 2022.”

In addition to mentorship, the chef de mission also deals with Canadian team issues that can erupt into a firestorm.

When Le May Doan claimed her first gold medal in Nagano, Japan, Canadian chef Bill Wakelin dealt with snowboarder Ross Rebagliati being stripped of his gold medal because he tested positive for marijuana.

The medal was reinstated before the closing ceremonies because marijuana wasn't on the prohibited list of banned substances.

Le May Doan carried Canada's flag into the 2002 opening ceremonies in Salt Lake City, where chef Sally Rehorick got little sleep because of a figure-skating judging scandal.

Canadian pair Jamie Sale and David Pelletier performed what many believed was the superior free skate, but were given lower marks and a silver medal behind a Russian duo.

The controversy burned and kept Canada front and centre at the Games until a duplicate set of gold medals were awarded to Sale and Pelletier.

"There's stuff in every Games for sure. In certain ways for me, it was good because it took attention away from me," Le May Doan recalled. "There's so much pressure you put on yourself.

"When things are good, the chef steps aside and says the focus is on the athlete and that's what the Games are about.

"But when things are stressful, if there's some situation you have to deal with, the chef's role is to then stand in front of the team and be that spokesperson and take that sort of distraction away from the athletes."

Canada's winter-sport athletes are facing travel complications, postponement and cancellation of events and shortened seasons because of the COVID-19 pandemic.

Canada's relationship with China is strained. Canada arrested Huawei executive Meng Wanzhou in 2018 because of an extradition agreement with the United States.

In the same article, Rose-Hulman Institute of Technology scholar Timothy Grose, who specializes in Chinese ethnic policy, suggested a boycott of the 2022 Olympics.

When Le May Doan bore Canada's flag into the 2002 opening ceremonies, the man carrying the "Canada" placard in front of her was Brian Maxwell.

He wasn't wearing a Canadian uniform, Le May Doan said, and Canada's athletes didn't know who he was

Maxwell was a Canadian marathoner who wasn't allowed to race in the 1980 Summer Games in Moscow.

Canada had joined other countries in boycotting the Games over the Soviet Union's invasion of Afghanistan.

"A boycott only hurts the athletes. It does not solve anything," Le May Doan said.

"My role as chef and the athletes' role is to prepare and then go to the Games to show Canadian values, to represent our country, to represent Olympic values on that world stage and build bridges between countries."

This report by The Canadian Press was first published Nov. 17, 2020.

Olympic champ Kyle Shewfelt laments another COVID-19 closure of gymnastics club
Nov 20, 2020 2:15 PM
Comments
We welcome your feedback and encourage you to share your thoughts. We ask that you be respectful of others and their points of view, refrain from personal attacks and stay on topic. To learn about our commenting policies and how we moderate, please read our Community Guidelines.