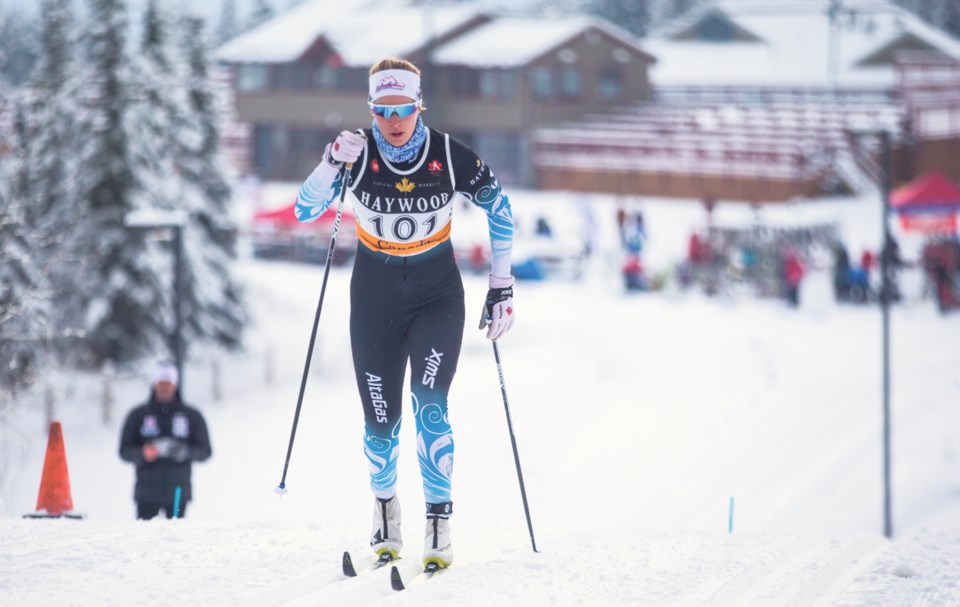 CANMORE – The national cross-country ski organization will stay put in Canada until at least the new year.

Nordiq Canada announced this week it's bypassing three 2020 world cup events in Europe due to the ongoing COVID-19 pandemic.

“After weighing the risks associated with international travel as numbers of COVID-19 continue to increase globally, Nordiq Canada has decided not to send a team of cross-country ski athletes to the season-opening world cup races prior to the holiday break,” said a statement from the national governing body for cross-country and Para-nordic skiing.

National Ski Team member Dahria Beatty is still “processing” Monday’s (Nov. 16) grim statement and how it will affect her level of readiness ahead of the 2022 Winter Olympic Games.

“The majority of the skate sprints that will happen this season, or a good chunk of them, are in this first period of world cup racing,” said Beatty, who competed at the 2018 Winter Olympics. “It’s definitely hard mentally to feel like I’ll get that same preparation elsewhere, but now that’s no longer an option. I’ll just have to get a bit more creative and hopefully have the opportunity to start the skate sprint events that are on the calendar.”

On Nov. 12, FIS announced the postponement of the first world cup races for cross-country, Nordic combined and ski jumping from Dec. 4-6 in Lillehammer, Norway. However, world cup stops in Davos, Switzerland from Dec. 12-13, and then Dresden, Germany from Dec. 19-20 were still a go.

Beatty's seen success in Dresden and Davos in skate sprints, her best event. With the Winter Olympics looming, it’s a difficult situation to not compete there for the Whitehorse-native, who trains out of Canmore.

“It’s always disappointing news when you find out you’re not able to be racing because we spend our whole training season preparing, so it was definitely hard to hear,” she said.

Nordiq Canada’s focus over the next two months shifts to World Championship Trials, scheduled for Jan. 7-10 in Whistler.

“We will begin to finalize contingency plans for naming World Championship Teams in 2021 if we are not permitted to return to the start line in Whistler," read a statement from the sports organization. "We will also establish additional changes required to selection criteria depending on safe race opportunities available to us.

"Our number one focus at this time is to support all of Canada’s cross-country ski athletes in their continued development by providing safe training and competitive race opportunities in their home regions across the country while continuing to follow the direction of government and health officials."