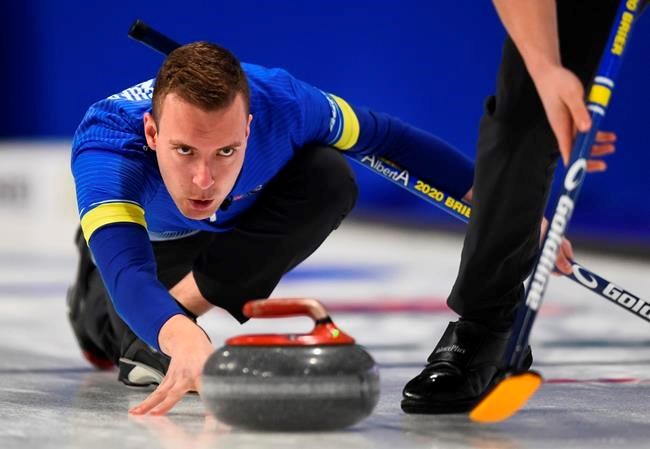 Curlers won't "bubble" at the Jan. 25-31 events at Sylvan Lake's NexSource Centre, but modifications will be in place to prevent the spread of the COVID-19 virus, Curl Alberta said Thursday in a statement.

"What is clear is that the 'bubble' concept, as was utilized by the NHL, will not be employed at this event for a few reasons," executive director Jill Richards said in the statement.

"First, it would not be necessary according to Alberta’s current health guidance, as teams will not be in contact with the opposition. That is, the non-delivering team will relinquish the sheet completely.

"Secondly, creating a true bubble environment is a significant undertaking, with a variety of heightened health and safety protocols and related expenses that are realistically within reach for only much larger or professional sport organizations."

Current competition policies expect each team to form a cohort, which allows for more than one sweeper on a delivered stone, Curl Alberta said.

The women's championship will be an eight-team round robin with the number of playoff teams reduced from four to three. The men's format will be a 12-team triple knockout with a Page playoff.

"The two formats simply complement each other well given our time frame for the event,” Richards said.

Sylvan Lake was the site of the 2014 women's provincial championship.

"While events may look different this year – likely without the presence of fans, I know that the curling community and Sylvan Lakers, myself included, will be there in spirit, celebrating,” Mayor Sean McIntyre said in the statement.

Alberta's champions represent the province at the 2021 Scotties Tournament of Hearts and Tim Hortons Brier, which are scheduled to be held in North Bay, Ont., and Kelowna, B.C., respectively.

Curl Canada has yet to announce alternate plans for the national championships in the pandemic.

This report by The Canadian Press was first published Nov. 12, 2020.