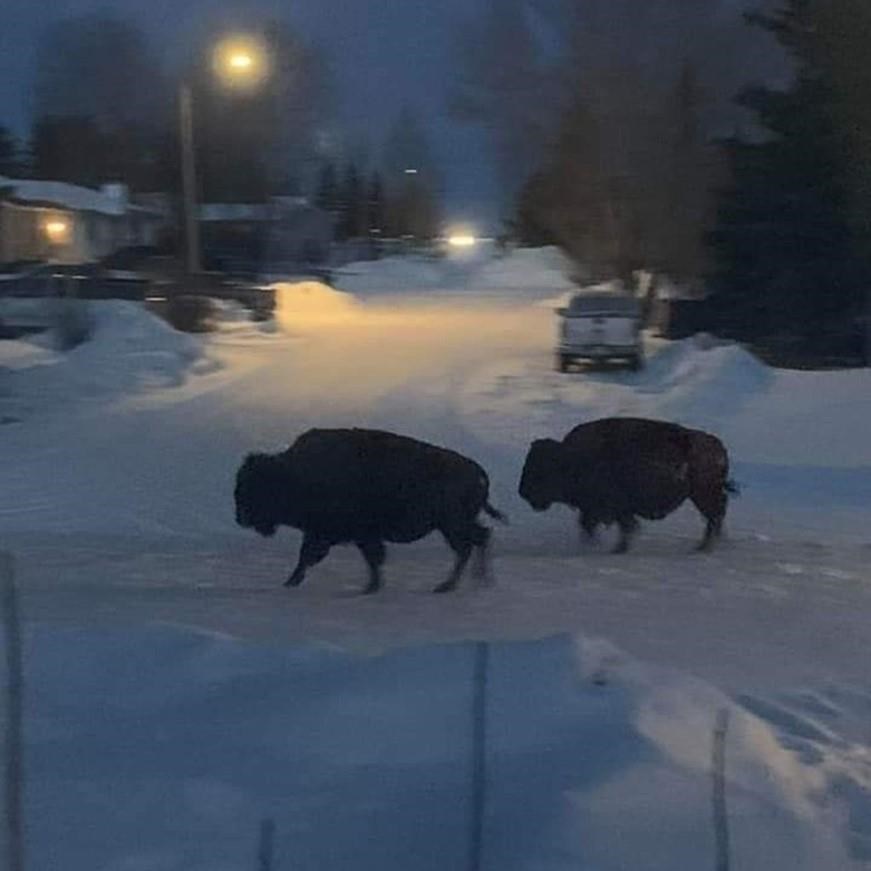 HYTHE, Alta. — RCMP say all but three bison on the lam near a village in northwestern Alberta have been rounded up.

The owner of the herd had been parked Tuesday evening at a service station in Hythe, Alta., when the side door of the trailer was worked loose by the livestock.

All 15 bison escaped and were roaming around the area.

"There's three outstanding and they are suspected of being up in the Valhalla area," said Cpl. Ron Bumbry.

Valhalla is a hamlet in northern Alberta, about 500 kilometres northwest of Edmonton.

Bumbry said the owner has been wrangling the bison.

No injuries or collisions with vehicles have been reported.

This report by The Canadian Press was first published on Feb. 20, 2020