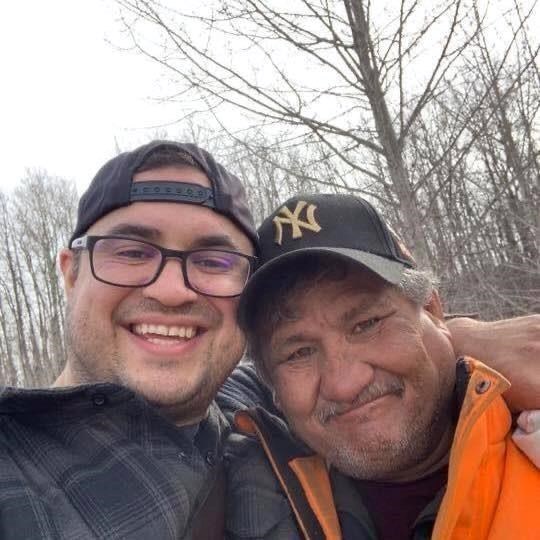 EDMONTON — An Alberta man charged in the roadside deaths of two Metis hunters has been denied bail.

Roger Bilodeau, 56, and his son Anthony Bilodeau, 31, both face two counts of second-degree murder in the March killings.

The older Bilodeau was denied bail Wednesday at Court of Queen's Bench. He appeared via videoconference from the Edmonton Remand Centre.

Details of what was said in his bail review cannot be disclosed because of a publication ban.

Jake Sansom, 39, and Maurice Cardinal, 57, were found shot to death on a rural road near Glendon, Alta., about 225 kilometres northeast of Edmonton.

Family and friends have said the two were hunting to feed their families when they were killed.

RCMP have said a verbal confrontation escalated into a fight between the occupants of two vehicles when Sansom and Cardinal were shot.

Sansom's wife, Sarah Sansom, said in an interview in May that she wasn't sure if racism played a role in the deaths, but couldn't understand why it happened.

Outside court Wednesday, a lawyer for Sansom's family said they are pleased with the decision.

"It obviously has been very traumatic for the family and it's always a slow process.

"Naturally, they would like to see things go faster, but the system works slowly and that's just the way it is. So, it's very difficult for them."

Prosecutor Jeff Rudiak told reporters Wednesday that the Crown plans to apply for direct indictment on Aug. 13 at provincial court in St. Paul, Alta., to send the case straight to trial.

If the direct indictment is approved, there would be no preliminary inquiry, which is the process where a judge determines whether there is enough evidence for a trial to take place.

Rudiak added that the joint trial could start up to six months sooner with a direct indictment.

Anthony Bilodeau has also been denied bail, but plans to seek leave to appeal that decision.

This report by The Canadian Press was first published July 29, 2020

WestJet to reintroduce Boeing 737 Max today in flight from Calgary to Vancouver
Jan 21, 2021 2:00 AM
Comments