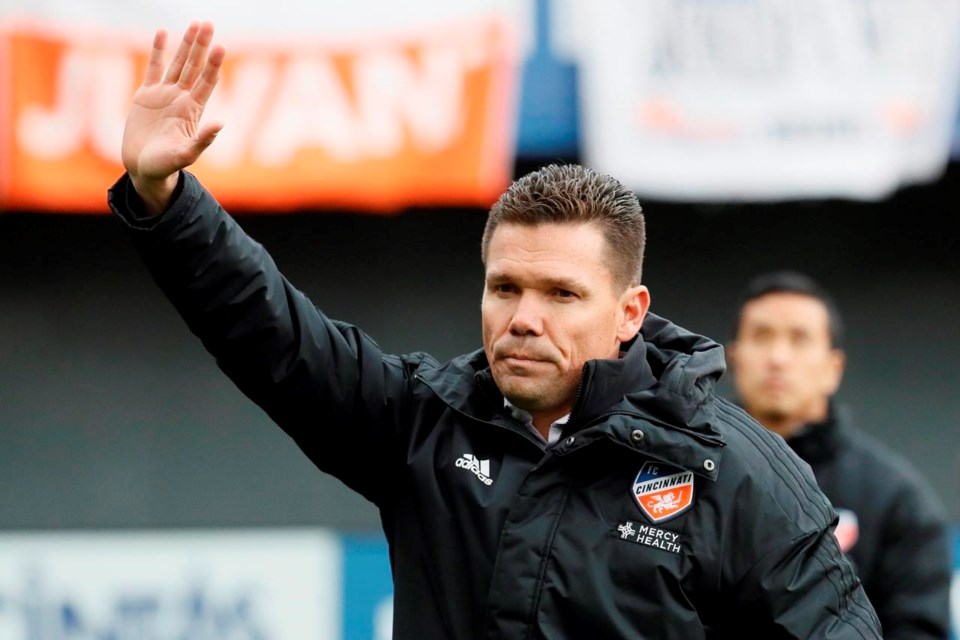 Koch coached FC Cincinnati from 2016 to 2019 during which time the club transitioned from the United States League to Major League Soccer.

He coached the USL's Colorado Springs Switchbacks to a 2-7-7 record in 2020 before resigning.

The South African emigrated to Canada in 1990 for a soccer scholarship at Simon Fraser University in Burnaby, B.C.

Following a pro career that ended in 2001, Koch coached his alma mater for seven seasons.

His time at SFU included four conference championships and appearances in the NCAA Division 2 semifinals in 2012 and 2013.

Koch became head coach of the USL's Vancouver Whitecaps2 in 2015.

He was the first coach to offer Edmontonian and current Bayern Munich star Alphonso Davis a pro contract.

"I left Canada to gain additional professional experience, but am incredibly excited that this opportunity allows me to further my career while staying close to family," Koch said Tuesday in a statement.

"The Canadian Premier League is a welcome opportunity for Canadian players and coaches, and I will work relentlessly to help FC Edmonton achieve its goals."

FC Edmonton did not advance beyond the first stage of the summer's Island Games with an 0-6-1 record.

The Charlottetown tournament was the stand-in season for one disrupted by the COVID-19 pandemic.

“We had the privilege of talking to a lot of great candidates for the position," FC Edmonton owner Tom Fath said.

"But in the end, coach Koch’s mix of professional coaching experience, winning track record, business understanding, and wide soccer network made him the clear choice to lead us into the future.

“We spoke extensively about everything the club needs to change in order to win. Alan understands it and is up for the challenge."

This report by The Canadian Press was first published Nov. 24, 2020.