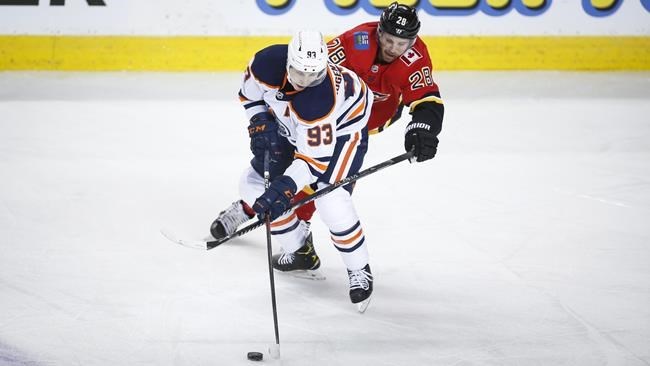 EDMONTON — The Edmonton Oilers have placed Ryan Nugent-Hopkins on the injured-reserve list.

The 27-year-old centre missed Edmonton's game against the Ottawa Senators Thursday with an upper-body injury.

Nugent-Hopkins is fifth on the team in scoring with 28 points (12 goals and 16 assists) in 40 games.

Edmonton has recalled forwards Tyler Ennis and James Neal to the active roster.

The Oilers (25-14-2) sit second in the North Division, five points behind the Toronto Maple Leafs.

Edmonton is set to face the Flames in Calgary on Saturday.

This report by The Canadian Press was first published April 10, 2021.