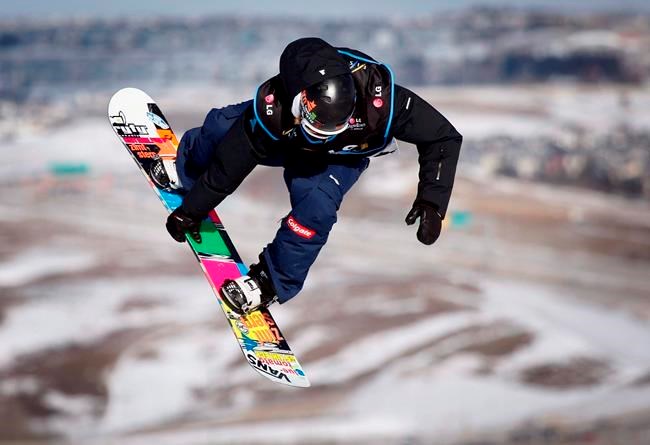 Calgary is making a pitch to be a World Cup hub for both freestyle skiing and snowboard.

A proposed series of up to a dozen halfpipe, slopestyle and big air events, plus a freestyle ski moguls World Cup, would be held at WinSport's Canada Olympic Park on the city's west side.

Canada Snowboard's executive director Dustin Heise said in a statement to The Canadian Press the competitions would be held in a "tightly-controlled, risk-managed COVID-19 quarantine 'bubble'".

"The NHL and NBA have both run COVID-19 event series bubbles successfully and the model is proven to be one of the best bets for ensuring the success of a sports league in the COVID-19 landscape," Heise said.

"These disciplines are vital for our Olympic athletes in Canada’s top medal performing Olympic disciplines."

Tourism Calgary and WinSport confirmed earlier this month work was underway offering Calgary up as a hub city for sport, with Edmonton's hosting of the NHL playoffs providing the model.

There are hurdles for Calgary to clear not the least of which are approvals by the federal, provincial and municipal health authorities and the international federation (FIS).

Canada currently requires those arriving from outside the country to quarantine for 14 days.

Canada's status as an international winter-sport host has taken a beating during the COVID-19 pandemic.

Multiple 2020 competitions have been cancelled, including the world women's hockey and curling championships and world figure skating and luge championships.

Three World Cup speedskating events, scheduled for November and December in Calgary and Montreal, were also called off.

When the first wave of COVID-19 hit North America, World Cup cross-country races in Quebec City and Canmore, Alta., were cancelled in March.

Several hectares of snowsport terrain in a city serviced by an international airport, plus decades of experience as an international snow-sport host, are among the assets Calgary is offering.

No accommodation is available onsite, but there are hotels across the Trans-Canada Highway.

This report by The Canadian Press was first published Sept. 19, 2020.

Alberta panel recommends no-fault auto insurance to address rising, costly premiums
Oct 29, 2020 5:03 PM
Hockey Canada still holding out hope that Lafreniere can play in world juniors
Oct 29, 2020 2:40 PM
Comments
We welcome your feedback and encourage you to share your thoughts. We ask that you be respectful of others and their points of view, refrain from personal attacks and stay on topic. To learn about our commenting policies and how we moderate, please read our Community Guidelines.