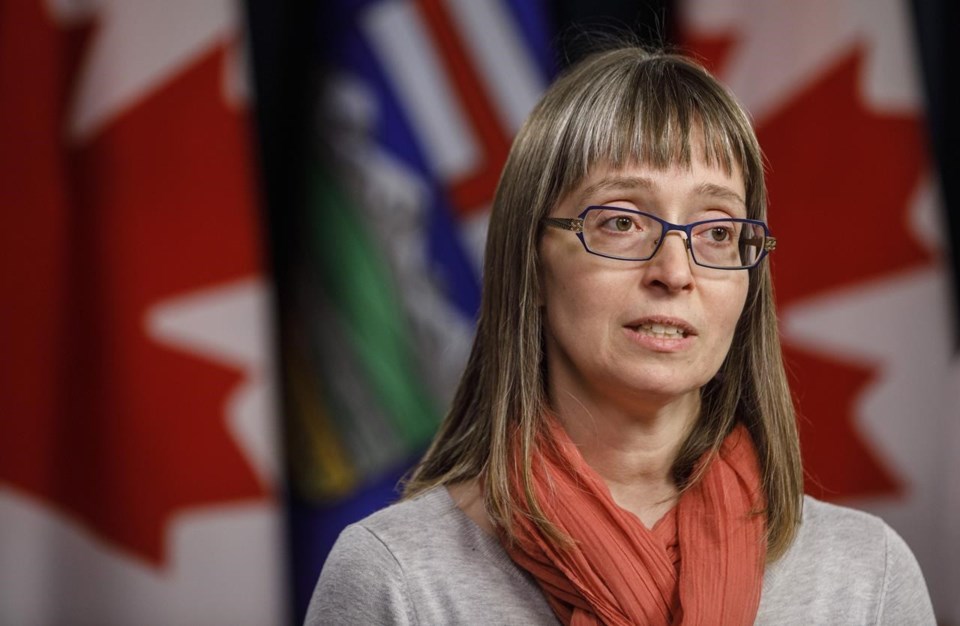 EDMONTON — Alberta's chief medical officer of health says the province is not in a second wave of COVID-19 despite increased daily case numbers in recent months.

She said that doesn't mean Alberta is seeing a surge in infections, although some provinces may have determined their second wave has begun.

"In Alberta, I don't think that's where we're at right now. We have seen increased daily case counts for the past few months, but those have remained relatively stable," Hinshaw told a news conference.

"We're on the brink of a fall that could be much worse than the spring," Trudeau said. "It's all too likely we won't be gathering for Thanksgiving, but we still have a shot at Christmas.''

Hinshaw said Thanksgiving in Alberta is not going to be the same as it would be pre-pandemic but it can still happen as long as people show a proper amount of caution.

"It's natural for people to want to come together and celebrate Thanksgiving with a new level of appreciation. We all want Thanksgiving to be a safe holiday that keeps everyone healthy," Hinshaw said.

"It's best to keep gatherings within your established cohorts of up to 15 people outside your household. Smaller is safer. This is not the time for large gatherings."

Hinshaw said there are currently active alerts or outbreaks at 97 Alberta schools, including 163 active cases.

She said the peak of weekly cases for students aged five to 19 was 216 back in April. But since the current school year began at the beginning of September, the numbers have dropped.

"We have actually seen a week-over-week decrease from 205 to 183 to 122 cases per week in school-aged children. This is despite a significant increase in testing."

-- By Bill Graveland in Calgary

This report by The Canadian Press was first published Sept. 24, 2020.

Cenovus to buy Husky Energy for $3.8 billion in shares, CEO will be Alex Pourbaix
Oct 25, 2020 1:22 PM
Comments
We welcome your feedback and encourage you to share your thoughts. We ask that you be respectful of others and their points of view, refrain from personal attacks and stay on topic. To learn about our commenting policies and how we moderate, please read our Community Guidelines.